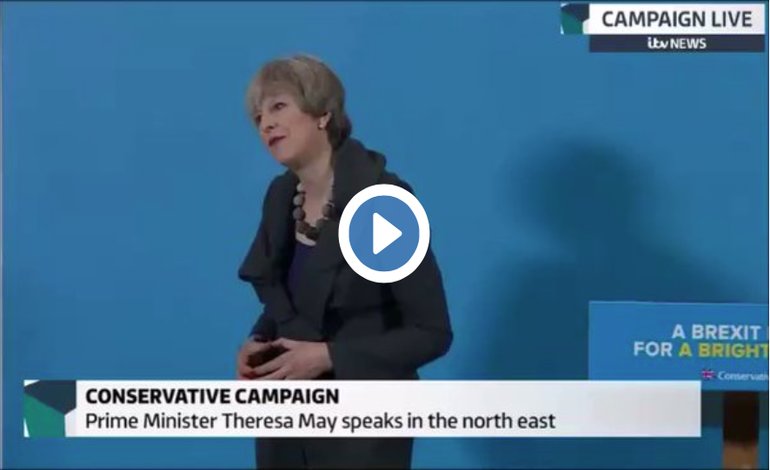 As the global community unites in opposition to US President Donald Trump pulling out of the Paris Climate Agreement, Theresa May has refused to join them. The Prime Minister snubbed an invitation to join a letter of condemnation including signatures from Germany, France, and Italy.

On Thursday 1 June, Trump announced that the US would be withdrawing from the Paris Agreement. The multilateral treaty placed carbon reduction targets on member states and also guaranteed funding and cooperation for new sustainable energy technologies. Good for the planet, but also good for jobs and technological progress.

In an inflammatory speech, Trump stated that the EU and other nations viewed the treaty as a way to trick America into being less competitive economically. He said:

We want fair treatment… We don’t want other countries and other leaders to laugh at us anymore.

I was elected to represent the citizens of Pittsburgh, not Paris.

US President Donald Trump on Paris climate deal: "I was elected to represent the citizens of Pittsburgh not Paris" https://t.co/1ZzMrbLb9S pic.twitter.com/hDc0mjrBv6

And the global community soon sent its response to President Trump.

German leader Angela Merkel had already warned the global community that the US and UK could no longer be relied upon under Trump and Theresa May. Fresh from a clearly factious G7 meeting, Merkel said:

the times in which we can fully count on others are somewhat over, as I have experienced in the past few days.

We Europeans must really take our destiny into our own hands.

A week later, as expected, Trump withdrew from the agreement. And leaders around the world responded with urgency and unity.

We are deeply disappointed that the United States federal government has decided to withdraw from the Paris Agreement.

Canada is unwavering in our commitment to fight climate change and support clean economic growth.

President Macron of France, meanwhile, sent an extraordinary message to the scientists, engineers, and inventors of the United States. He invited them to come to France, where the government would support their pioneering work on climate change technology. Turning Trump’s own slogan against him, Macron invited US voters to help “make our planet great again”.

When asked for his reaction to the news at a press conference, Japanese Environment Minister Koichi Yamamoto responded:

The decision made by U.S. President Trump amounts to turning their backs on the wisdom of humanity. I’m very disappointed… I am angry.

The leaders of Germany, France, and Italy invited Theresa May to join them in a near-unprecedented joint statement reaffirming their commitment to tackle climate change through the Paris Agreement. But May refused, and the statement went out without her.

Indeed, the Conservative leader’s response when asked by a reporter on the campaign trail was:

Only the following morning did a Downing Street spokesman issue the somewhat timid statement:

President Trump called the Prime Minister this evening to discuss his decision to pull the US out of the Paris Agreement.

The Prime Minister expressed her disappointment with the decision and stressed that the UK remained committed to the Paris Agreement, as she set out recently at the G7.

But if he hadn’t called, would we ever have heard such criticism from May?

As world leaders unite to tackle the most pressing issue of our time, Theresa May is clinging to the coat tails of Donald Trump as he marches America off the world stage. And as a result, the impending breakthroughs in science, technology, and sustainable energy will not be taking place in Trump’s America. Instead, they will be happening in Trudeau’s Canada, Merkel’s Germany, Macron’s France, and Abe’s Japan.

UK voters will have to ask themselves on 8 June: is this the future we want for Britain in the world too?