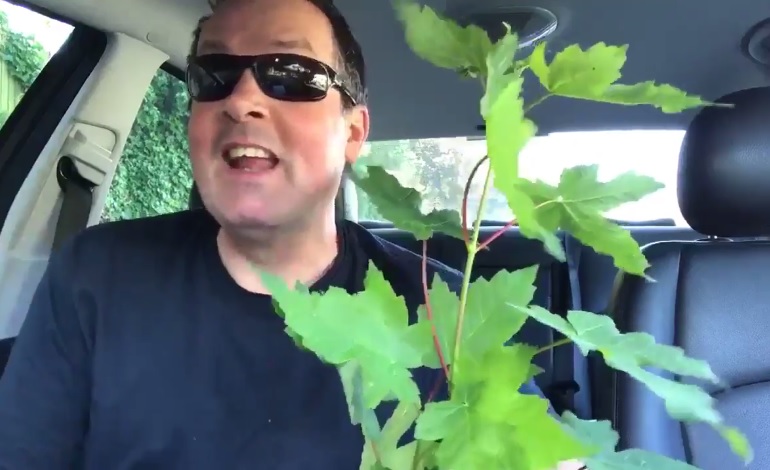 Thousands of people have watched everyone’s favourite taxi driver, Mark McGowan, obliterate Tory economics in just two minutes. And they’ve danced to it too, as Stan The Golden Boy remixed the Artist Taxi Driver’s crushing takedown into an absolute tune.

And while musician Lily Allen declared the video the “WINNER OF THE INTERNET” on 1 June, Brexit Secretary David Davis doubled down on his party’s dodgy financial mantras on BBC Question Time.

But this Tory ideology is crumbling fast. And not just because McGowan has slaughtered it.

In the BBC leaders’ debate on 31 May, Home Secretary Amber Rudd revealed the latest soundbite the Tories have decided to add to their campaign lexicon: ‘magic money tree’. They accuse Labour of proposing spending plans that depend on such a tree, despite Labour fully costing its plans and the Conservative Party providing no costings at all.

So McGowan decided to use the party’s new mantra against it. He accuses the Tories of using “the public” as their magic money tree. The Conservative Party takes from the public, he asserts, by closing down public facilities, allowing high rents, and keeping them on insecure, low-paid work. And then it hands “the key” to that money tree to “vulture capitalists” and “property speculators”.

Essentially, McGowan argues that the Tories steal from the poor and hand money to the rich. The facts seem to support his argument.

Davis, however, withheld crucial details about the issue. Firstly, there’s no evidence that companies would jump ship if the government raised the tax. As economist and author Ha-Joon Chang just wrote in The Guardian:

Japanese and German companies don’t move out of their countries in droves despite some of the highest corporate income tax rates in the world (31% and 30% respectively) because they get good infrastructure, well-educated workers, strong public support for research and development, and well-functioning administrative and legal systems.

This is exactly the sort of investment – in infrastructure, education and services – that Corbyn proposes using the extra corporation tax for.

Investing in the UK economy?

Davis is right that corporate tax revenues for 2016/17 are higher than in 2009/10. But they were lower for three consecutive years in between. And according to the government’s own analysis, the more recent rise in these tax receipts is in part due to “growth in companies’ profits”.

Furthermore, though there is a rise in corporate tax revenue, these receipts have reduced as a percentage of GDP from 2011/12 onwards. That means that the contribution this tax provides to the overall economy is falling. As the Institute of Fiscal Studies (IFS) concluded in 2016:

revenues from corporation taxes have declined substantially as a proportion of national income and are forecast to continue to decline over the next five years.

In contrast, the amount of money VAT contributes to the economy is rising. VAT is a tax on the public, and one that the Tories raised to 20% in 2011. It now makes up over 6% of GDP. Meanwhile, the Equality Trust found in April that the government is taking on average around 42% of income in taxes from the lowest 10% of earners. For the richest 10%, it’s only 34.3%.

So McGowan is right. It’s the people in this country who are paying for its needs. But now, people have a choice. Do they want a Prime Minister who will plough that money back into services and facilities that could make their lives better? Or do they want to continue pumping money into an economy that largely benefits the wealthy few?

That’s the question we’re all being asked on 8 June.