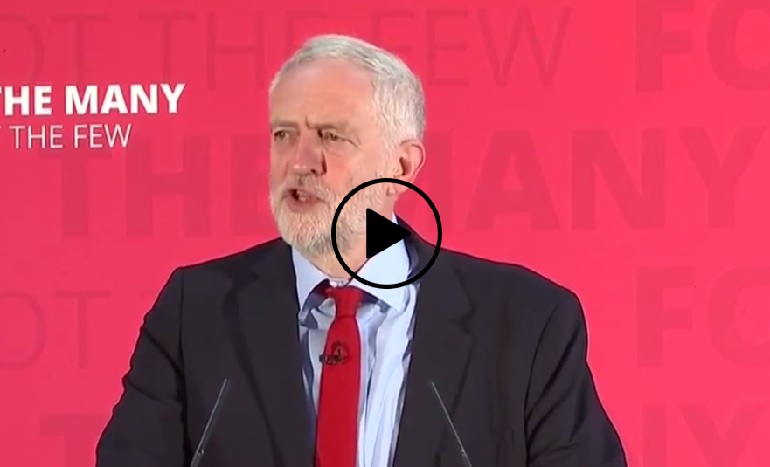 When US President Donald Trump officially withdrew from the Paris Climate Agreement on 1 June, Jeremy Corbyn expressed his condemnation immediately. And in doing so, he also targeted Theresa May’s apparent complicity with the US leader:

Pulling out of the #ParisClimateDeal is reckless and regressive. Instead of handholding, I'll work for a sustainable future for our planet. pic.twitter.com/ONKUMZQmzm

But on 2 June, the Labour Party leader went a step further. Calling Trump’s withdrawal “reckless and dangerous”, he slammed May’s decision not to join European leaders in condemning Trump as yet another example of the Conservative leader’s “subservience” to Trump. He said:

She’s instead opted for silence and once again subservience to Donald Trump. It’s a dereliction of both her duty to this country and our duty to our planet. This is not the type of leadership Britain needs to negotiate Brexit or stand up to defend our planet in an era of climate change.

A Downing Street spokesperson has said:

While Britain is currently signed up to the Paris Agreement, the Conservatives’ commitment to protecting the environment seems doubtful. One of Theresa May’s first acts as Prime Minister, for example, was to disband the Department for Energy and Climate Change. And she gave climate change just a “cursory” mention in her speech at the last Tory party conference, mentioning “business” 14 times and “economy” 26 times.

May’s party, meanwhile, has propped up the ailing fossil fuel sector with subsidies – a move the competition watchdog has warned against. This is despite the efficiency and popularity of greener alternatives. It also appears committed to fracking, scrapping subsidies for renewable energy while granting fracking licences in national parks. And the 2017 Tory manifesto says:

The discovery and extraction of shale gas in the United States has been a revolution… We will therefore develop the shale industry in Britain.

Labour, the Liberal Democrats, and the Greens all oppose fracking.

The bottom line, then, is that the Conservative Party appears to be almost as uncommitted to action on climate change as Trump is. And May’s refusal to speak out firmly against Trump’s withdrawal from the Paris Agreement only strengthens that appearance.

On 8 June, UK voters will have to ask: what kind of future do we want for our world? The vision of Trump and May? Or something different?