James O'Brien drops a truth bomb about the state of the UK media. And we all need to hear it. [AUDIO] - The Canary 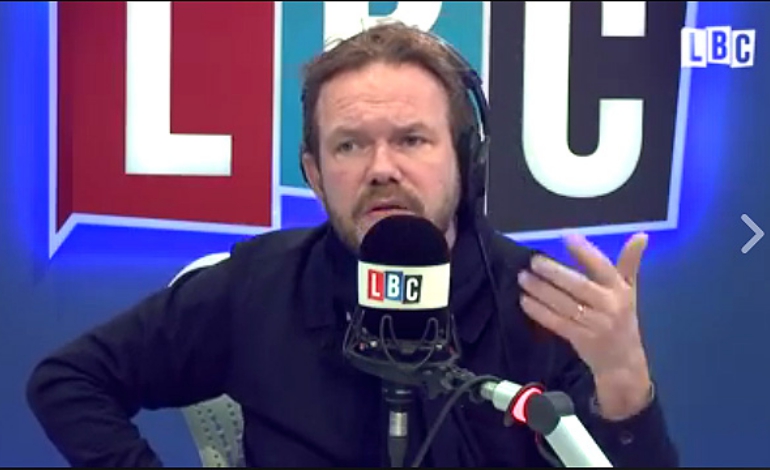 Broadcaster James O’Brien dropped a truth bomb when he appeared on a new podcast, Strong and Stable. Speaking about media bias, he argued that the whole media is giving a “distorted” picture that encourages people to “vote against their own interests”.

O’Brien’s comments came after a comedy section of the show from Jonathan Pie about the manifestos. Pie began:

It’s the Labour manifesto that is, according to the media, nonsense, dangerous and legally impossible.

And he gave some examples:

He then played a game of “let’s play whose policy is whose”:

Taxing aristocrats or giving them the right to tear up local fauna while sipping port?

Frozen wages or higher wages in the public sector?

An NHS or no NHS?

But while the section was obviously comedy, O’Brien picked up on several points afterwards. He started by saying:

I don’t think it is naff to blame the media for everything… having been a newspaper journalist… I honestly do think that the lens through which politics is viewed in this country is utterly, utterly distorted.

He then made the point that people are persuaded to vote against their own interests:

And when you hear that, satire though it may be, you realise just how distorted it is. People persuaded to vote against their own interests because they’ve been successfully convinced that they’re in the category of winners. And in fact they’re not.

You can listen to the whole podcast here:

This distortion is not surprising when you look at the wealth behind the people who own much of the UK media:

But it is even happening in supposedly left-wing papers such as The Guardian, which has consistently run anti-Corbyn stories. As The Canary reported previously, the paper’s editorial on 9 May was more suited to The Mail. And it was this editorial that led 68 media academics from universities around the country to write to the paper. They stated:

They referred to academic studies, such as one from the London School of Economics, which found that the press had turned into an “attackdog” against Corbyn:

And I don’t think anyone could say that Corbyn has had a fair deal at the hands of the press, in a way that the Labour Party did when it was more to the centre, but then we generally have a right-wing press.

Vote for ourselves, not the billionaires

Under the Conservative government, the few billionaires who own most of the media have seen their wealth increase. And they are using this wealth and influence to try and persuade voters around the country to vote in the interests of the rich rather than in their own interests.

Read the manifestos. And then decide whether you want to see business as usual for the super rich, or whether you’d like to try a fairer, more equitable society that will be of great benefit to all the rest of us.