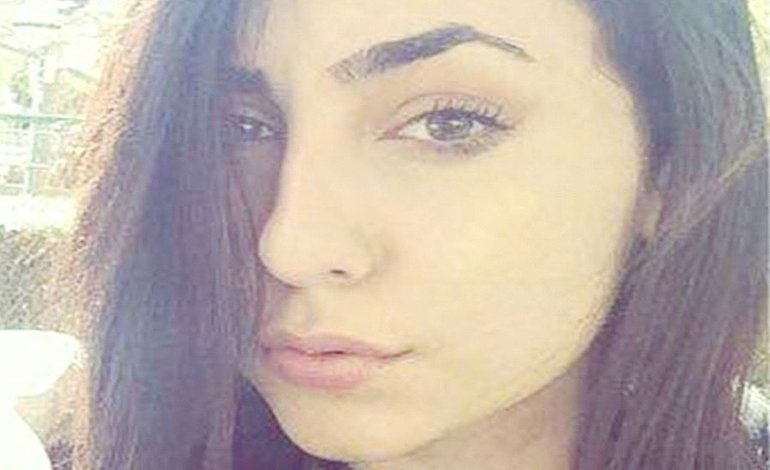 Israeli prosecutors say a 58-year-old man murdered his teenage daughter in the family home the day after she graduated from high school. The case follows a rising anti-miscegenation movement in Israel; whose members consider inter-faith relationships unholy and illegal, and are willing to use extreme violence to prevent them.

The case of Henriette Karra

Henriette was a 17-year-old Israeli Christian living in the town of Ramle. (And the location here is significant.)

Prosecutors say 58-year-old Sami Karra killed Henriette – his daughter – on 13 June this year, after weeks of abuse and threats.

After facing threats and abuse from both her parents, Henriette spent much of May living with her boyfriend’s family. But the threats only increased. Her parents extended their campaign of intimidation to the boyfriend’s family, in efforts to break up the relationship and force their daughter to come home. According to the indictment, she moved to a friend’s house in early June. Her father then arrived unexpectedly, abusing and slapping her. “I am ready to sit in jail my entire life, I don’t care,” he is alleged to have screamed at Henriette.

Shortly after the incident, Henriette and her father held a joint meeting with a social worker. And she moved home two days later. She attended her graduation party on 12 June. But things unravelled soon after. On 13 June, Henriette told a visiting member of the family that she was considering converting to Islam. The family member informed Henriette’s father immediately. According to the indictment, Sami Karra returned to the family home and stabbed his daughter three times, killing her.

Israel has a problem

Henriette’s hometown of Ramle was ethnically cleansed of Palestinians by Israeli troops in 1948, despite being outside of the designated Jewish state that was being created. Two US journalists were present for the attack. Keith Wheeler of The Chicago Sun-Times wrote that: “practically everything in their way died. Riddled corpses lay by the roadside.” And Kenneth Bilby of The New York Herald Tribune wrote that he saw “the corpses of Arab men, women and even children strewn about in the wake of the ruthlessly brilliant charge”.

In short, the town in which Henriette was killed was forged in the fire of ethnic hatred and violence.

The indictment filed this week shows little has changed since. And much of this has to do with anti-miscegenation squads. Jerusalem-based vigilante group Lehava has regularly made the news for demonstrating at mixed Jewish-Palestinian weddings, and at LGBT pride events. These vigilante groups are not a new phenomenon to Israel. But what’s particularly worrying is the state sanctioning of anti-miscegenation.

According to reports in the Israeli media:

A special team in the youth department of the Petah Tikva municipality will locate [Jewish] girls in the habit of meeting with men from minorities and will assist them… “The problem of minority men is well-known,” said the chief of the youth department, Moshe Spektor. “Our attempts to deal with this problem are real and sincere. The municipality is making an effort to examine the matter in cooperation with the police.”

The program enjoys the support of the municipality and the police, and is headed by Kiryat Gat’s welfare representative, who goes to schools to warn girls of the “exploitative Arabs.” The program uses a video entitled “Sleeping with the Enemy,” which features a local police officer and a woman from the Anti-Assimilation Department, a wing of the religious organization Yad L’ahim, which works to prevent Jewish girls from dating Muslim men.

But this continues to the present day. In 2015, Israel’s education ministry banned a romance novel which charted the course of an Arab-Jewish relationship. As Ha’aretz reported:

The move comes even though the official responsible for literature instruction in secular state schools recommended the book for use in advanced literature classes, as did a professional committee of academics and educators, at the request of a number of teachers.

Explaining the reason for the ban, the ministry stated that “intimate relations between Jews and non-Jews threatens the separate identity”.

The anti-miscegenation movement and tragic killings like that of Henriette Karra are symptomatic of Israel’s existence as an apartheid state. A state which occupies another illegally, and preserves its existence through segregation, oppression and intimidation. If Israel is to confront anti-miscegenation, it must confront the ethnic supremacist basis of the modern state itself. It will also have to confront the blood-stained history of its creation. Only the anti-Zionist movement in Israel is currently doing this in any real way. A tiny but courageous portion of the population that states ‘never again must mean never again for anyone’ if it’s to mean anything at all.

– Find out more about the Palestinian Solidarity Campaign; about the Boycott, Divestment, Sanctions (BDS) movement; and see other Canary articles on Palestine and Israel.

– Also, join or support the Stop the War Coalition. Show your support for Veterans for Peace, who are fighting for peaceful solutions to the world’s problems. And take action with the Campaign Against Arms Trade.