While the media whips itself into a frenzy over Corbyn, the Tories are quietly arming Venezuela - The Canary 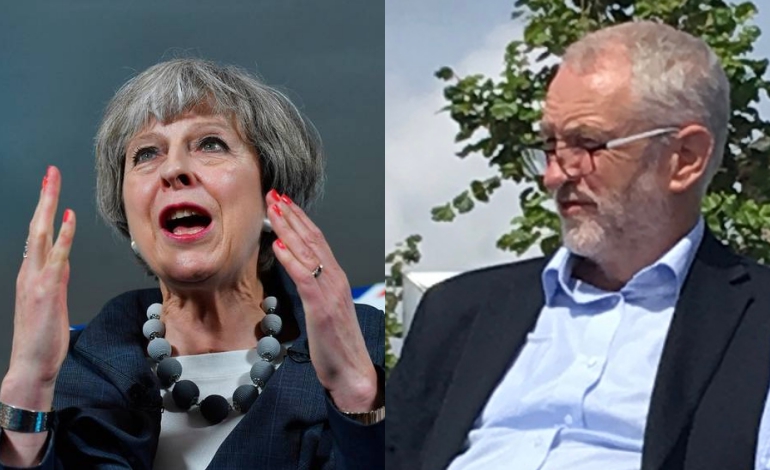 The hypocrisy of the Conservative Party and elements of the mainstream media over Venezuela has reached a truly stunning level. Because while Tory MPs and the press are still hysterical over Jeremy Corbyn’s refusal to condemn Maduro, Theresa May’s government is quietly licensing millions of pounds of weapons to his government.

Figures reveal that since 2008 the UK government has licensed £2.5m of arms sales to Venezuela. These include components for military radar, weapon sights and military aircraft engines. And in 2016, £80,000 worth of sales were approved. These sales included tools for crowd control.

So while some MPs and the media shout at Corbyn, the weapons being used to suppress the street protests may well have come from UK companies. And it is this violence that’s formed the basis for the calls for Corbyn to condemn the Venezuelan government.

The government is right to condemn repression and abuse in Venezuela, so why is it still arming the regime? At present the UK is arming 22 of the countries on its own list of ‘countries of concern’ for human rights and democracy, including Venezuela.

Meanwhile, Labour has been consistent in trying to find a peaceful solution to the situation in Venezuela. Corbyn stated:

What I condemn is the violence that’s been done by any side. Violence is not going to solve the issues.

And Corbyn believes this should be achieved through peaceful means:

There has to be a dialogue and a process that respects the independence of the judiciary and respects the human rights of all.

This key message is also echoed by UN Secretary-General Antonio Guterres who insisted that “the only way forward is a political solution”.

Fuelling conflict around the world

Many conflicts are supported by arms sales licensed by the Conservative government. Theresa May has, for example, spent a lot of time selling billions of pounds worth of arms to the repressive regimes of Saudi Arabia and Turkey.

And the hypocrisy just gets worse. In September, the Ministry of Defence and the Department for International Trade are supporting Defence and Security Equipment International (DSEi). This is one of the world’s largest arms fairs and will take place in London.

The last time it was held, in 2015, there were 1,500 exhibitors from across the world, including the world’s top ten arms manufacturers. 61 countries were invited. 14 of these, including Algeria and Bahrain, have authoritarian regimes. Four of them, including Saudi Arabia and Pakistan, are listed by the UK as having human rights issues. And a further 11 countries on the list, such as Ukraine and Iraq, are currently at war.

As Smith pointed out:

Many of these dictatorships and human rights abusers are likely to be in London next month for the DSEi arms fair, where government ministers and civil servants will do all they can to introduce them to arms dealers and ply them with weapons. If the UK is serious about promoting human rights and democracy then it must stop the arms sales and stop supporting events like DSEi.

But the government won’t. And UK companies will continue making money out of worldwide conflict.

The reality is the government and the right-wing press are guilty of gross hypocrisy over Venezuela. Everything Corbyn has said about Venezuela is about trying to bring peace to the country. In contrast, May’s government and the actions of elements of the press are nothing but cheap political point scoring at the expense of finding a peaceful solutions. But this hypocrisy reaches a peak with the knowledge that some of the weapons Maduro’s government are using were licensed and produced in the UK.

– Find out how to get involved in stopping DSEi 2017 from Stop the Arms Fair.

– Find out more information about the arms trade from CAAT.