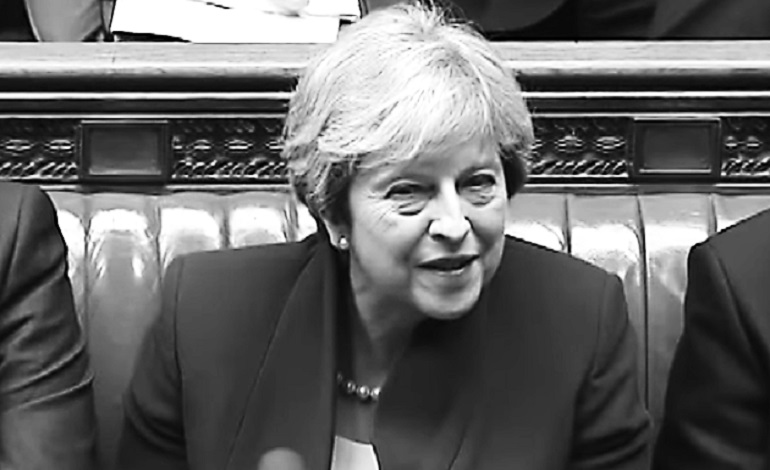 Theresa May’s government has quietly announced a trial of yet another ‘reform’ of the welfare state. And it’s a plan which could force thousands of sick and disabled people back to work, or face being sanctioned. But this time, the detail was buried in a Department for Work and Pensions (DWP) magazine. And the mainstream media has failed to pick up on it.

Another attack by the backdoor

In the August edition of the DWP’s Touchbase magazine, the department announced the trial of a “Local Supported Employment” (LSE) plan. Part of people’s “Personal Support Package” (PSP), the DWP says the scheme will:

work closely with a number of local authorities to deliver local supported employment for those with learning difficulties, autism [and] severe mental health conditions.

It will be trialled in nine English local authority areas, looking at “how health-led services and support can help get disabled people and those with long-term conditions back into work”, and the results collated within around two years.

The scheme forms a section of the new DWP PSP initiative [pdf p29/30] launched in November 2016, as part of its Work, Health and Disability Green Paper [pdf]. Aimed at people on Employment and Support Allowance (ESA) it also includes a new Health and Work Conversation (HWC) between ESA claimants and work coaches. Even though work coaches are not medical professionals.

Prepare to be sanctioned?

It is unclear whether the LSE plan will be mandatory for claimants or not. But, Freedom of Information requests (FOI) revealed that HWC in PSP are mandatory, and if claimants fail to participate the DWP could sanction them. And, as the NGO Child Poverty Action Group also noted in relation to PSP (which LSE plans fall under) claimants acceptance of Jobcentre support has now been redefined as a legal “commitment”; meaning any breach of this could be subject to DWP sanctions.

An LSE-type nationwide plan was introduced in Scotland in 2010. But this framework was outside the DWP, and no clear evidence of its success has been measured, aside from an employer’s perspective [pdf]. And the DWP LSE plan comes just five years after the government scrapped the nationwide supported employment scheme, Remploy.

But critics have already jumped on the DWP plans as being little more than propaganda. They say the LSE plans feed into the idea that sick and disabled people, and those with mental health issues, are “malingerers“. The blogger Joe Halewood, who spotted the plan on 10 August, said in a post:

The concept the DWP is seeking to prove is that those with learning difficulties, autism and severe mental health conditions… can work if they receive support… which then leads to the political posit that they should work. And further to the political posit that if they do not work then all such disabled persons including those with severe mental health conditions are malingerers.

This is a significant ramping up of the Tories ideological premise that disabled people cost too much… This goes way beyond the offensive notion that the discredited Work Capability Assessments (WCA) are somehow fair and right… This is extremely offensive and a political sham that reveals the Tories as the nastiest of nasty parties.

This quiet announcement from the DWP comes after a week of government attacks on welfare claimants. As The Canary has been documenting, on 8 August it was revealed the government is going to court in a bid to block the publication of a report into the WCA. And on 10 August The Canary reported on the government axing welfare benefits for 124,000 people.

The LSE plan is yet another seemingly idiotic attempt by the Tories to force people who are unable to work to do so. We will be monitoring the outcomes with great interest.

Since the New Labour government introduced the WCA in 2008, there has been a political will to redefine sickness, disability and mental health. No longer are people exempt from work on medical grounds. They are, instead, exempt from not working unless they jump through countless hoops to prove otherwise. And the result has been what the UN described as successive governments committing “grave” and “systematic” violations of disabled people’s human rights. The Tories’ LSE plans are just another attack in a long, drawn out war against anyone in society who is deemed unproductive by the neoliberal agenda the Tories peddle.

– Support DPAC in its fight for disabled people’s rights. And donate to the latest DPAC crowdfunder.