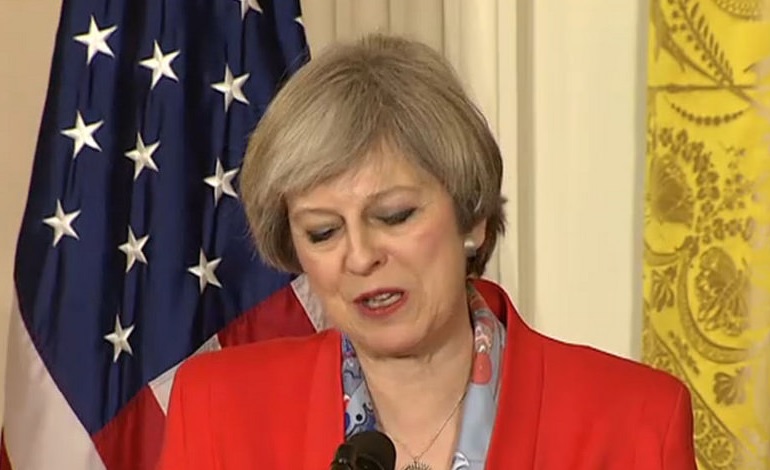 Theresa May met with the head of Saudi Arabia’s massive state-owned oil company, Aramco, in April. But now, that meeting is threatening the Prime Minister’s career.

Two powerful parliamentary committees are starting to ask questions about an unusual financial arrangement that would, conveniently, benefit the oil company. In particular, they want to know whether ministers interfered with the conspicuous deal. And May’s meeting puts her in the right place, at the right time, with the right people; entangling her in the affair.

Aramco intends to float 5% of its shares on the international stock market to fund investments that Saudi Arabia plans to make. A number of stock markets around the world are eager to list the shares because Saudi Crown Prince Mohammed bin Salman has claimed the company is worth around $2tn.

The London Stock Exchange, however, doesn’t ordinarily allow companies to qualify for a premium listing unless they abide by certain rules. Until now. Because the Financial Conduct Authority (FCA) has recently put forward proposals that would allow state-owned companies to receive a premium listing while sidestepping some rules. As Nils Pratley wrote in The Guardian:

And Sky News reports that such companies would also be ordinarily obliged to float 25% of their shares to gain a premium listing, not 5%.

It’s all in the timing…

The FCA launched a wide-ranging review of markets and listings in February. But it published these specific proposals on state-owned companies in July. That’s a couple of months after May sat down with Aramco’s Chairman Khalid al-Falih; a man who also happens to be Saudi Arabia’s Energy Minister. At that meeting, May was openly encouraging the kingdom to hand the stock market deal to London. She even took London Stock Exchange Chief Executive, Xavier Rolet, with her to the chat with al-Falih to show she meant business.

Furthermore, Aramco reportedly selected HSBC to advise on the share flotation. And as anti-corruption campaigner Nicholas Wilson pointed out, the Prime Minister’s husband, Philip May, is the Relationship Manager for Capital Group; the US investment management company that joined forces with HSBC on a new initiative in 2016.

But now, MPs from the Treasury Select Committee and the Business, Energy and Industry Committee have approached the FCA. The chairs of both committees, Nicky Morgan and Rachel Reeves, have sent a letter to its Chief Executive Andrew Bailey. In it, they pose several questions, including:

to what extent was the FCA aware of any interest shown by Saudi Aramco in obtaining a UK listing, and if known, how far that interest influenced the consultation?

What discussions did the FCA (whether at board or working level) have with ministers or officials from government departments in advance of and during the consultation, and in particular on the balance between attracting foreign investment and maintaining the integrity of the UK markets?

Many major investors argue that the proposals are damaging, and that they “weaken protection for private investors against interference from foreign sovereign company owners”.

May’s position as Prime Minister is already precarious. She lost her party its majority in June’s general election, and some of her colleagues expect her to “f*** up again”. If these committees find that her government influenced the FCA’s decision, giving Saudi Arabia favourable investment terms, that could be the final straw.

However, continuing to sell arms to the Saudi regime despite its appalling violence in Yemen hasn’t toppled her yet. And few have kicked up a fuss about Tory MPs accepting just shy of £100,000 in gifts, trips and fees from Saudi Arabia. So we may not want to hold our breath.

– Read more Canary articles on Saudi Arabia and Theresa May.