It looks like Iran is trolling Trump. And it seems to be working - Canary 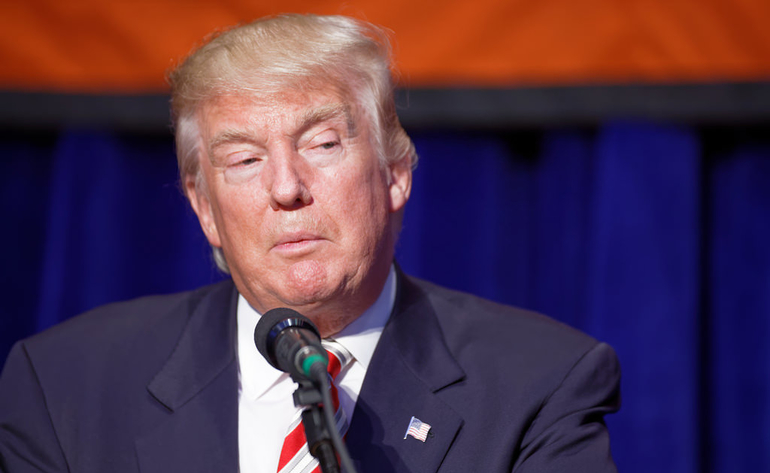 On Saturday 23 September President Trump tweeted a response to a supposed Iranian missile launch. The problem is that this test-fire didn’t actually happen.

Iran just test-fired a Ballistic Missile capable of reaching Israel.They are also working with North Korea.Not much of an agreement we have!

Iranian state television broadcast footage of a missile being launched on Friday 22 September. It claimed it was footage of a new type of medium-range ballistic missile. But US officials later told Fox News that the video was an old one. Specifically of a failed launch from January 2017 in which the missile exploded not long after liftoff.

This is an embarrassment for Trump and it’s indicative of the trigger-happy approach he has to foreign policy. And it has also given people another reason to call his competence into question:

Many people are saying that President Trump was in fact duped by this animated gif. pic.twitter.com/qi6zUDfVhu

On 18 September, German film-maker Karl Schumacher announced the death of Stanislav Petrov, ‘the man who saved the world‘. In 1983, Petrov was a lieutenant colonel at a secret command centre in Moscow. During one shift, it appeared that his country was under attack. A radar screen appeared to show five US missiles headed for the Soviet Union. Petrov believed it was a false alert, although protocol called for a retaliatory strike. He reported a malfunction instead. He said:

Twenty-three minutes later I realised that nothing had happened. If there had been a real strike, then I would already know about it. It was such a relief

The argument for nuclear weapons is that they make the likelihood of another world war unlikely. The logic being that any conflict between the super powers would result in instant nuclear strikes – a phenomenon known as ‘mutually assured destruction’.

One of the arguments against them is how easily a misunderstanding could lead to the apocalypse.

The story of Petrov shows how cool heads in the right place can avert a disaster. Trump’s reaction to Iranian propaganda shows that the current holder of the US nuclear codes is far from cool headed.