The far right has won a historic victory in Europe. But that's not the whole story [VIDEO] - Canary 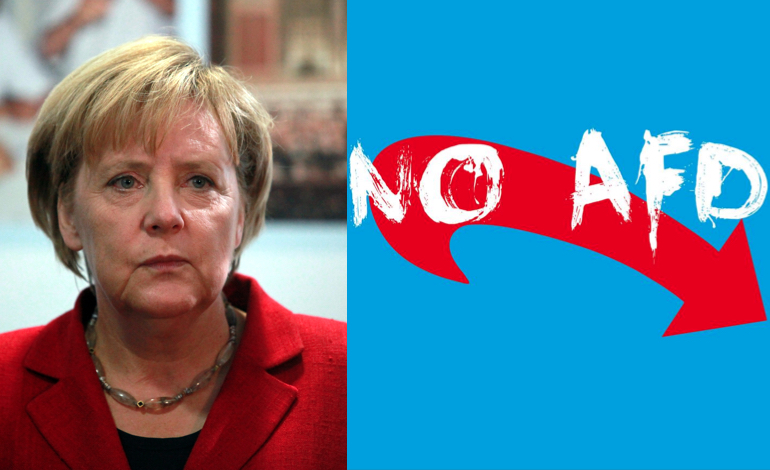 A far-right party has won seats in the German parliament for the first time since the end of World War II. And that party, the Alternative for Germany (AfD), includes members with open Nazi sympathies. So the fact that it got nearly 13% of the popular vote, and 94 seats in parliament, is a cause for concern.

But that’s not the whole story. As with UKIP, the AfD’s rise shows that centrist political parties and movements have lost support. That means more votes for the far right, but also a shift to the left.

In the German election, the Greens and Die Linke (The Left) got 18% of the votes between them. So there is also cause for hope – and a need for resistance.

As The Canary reported, the AfD became the third-biggest party in the German parliament on 24 September. As one MP for Die Linke put it [German]:

For the first time in decades, Nazis sit in the Bundestag again.

But exit polls found that 60% of AfD supporters had voted “against all other parties” rather than in favour of the AfD.

And the party is also divided. After the results came in, co-leader Frauke Petry suddenly resigned, saying she would sit as an independent MP. She was part of the party’s ‘moderate’ wing, so that leaves the more extreme-right leaders in power.

It seems the AfD will not form the official opposition. The Social Democrats (SPD) have pledged to fill that role.

But having 94 seats will still give [Dutch] the AfD nearly 700 full-time staff working in parliament. And each MP will earn more than £95,000 per year, plus up to £45,000 of expenses. That means a better funded, more structured, and more organised far-right movement that’s officially supported by the German state.

So the campaign against fascism will have to change. And now, it’s even more important.

‘Whoever is silent, is complicit’

As the results came in on 24 September, thousands of protesters took to the streets of Berlin, Frankfurt, and Cologne to voice their opposition to the AfD’s racism and xenophobia. They chanted, “Racism is not an alternative” and “Nazis out!”. And one banner in Frankfurt read, “Whoever is silent, is complicit.”

In western Germany, support for the left has grown. Die Linke got [Dutch] 19% of the votes in Berlin and 12% in Hamburg (after the G20 protests in July).

The party’s voters have also changed. The Financial Times reported [paywall] that it gained votes among younger people and professionals, rather than its older, working-class base in eastern Germany.

And one of the party’s parliamentary staffers wrote [Dutch] that the left has grown in areas where activists have done grassroots work:

Especially in districts where Die Linke’s activities have built political structures, supported movements and strikes, and fought against racism and fascism, the left has won enormously in votes and in people’s confidence. For instance, in the north of Berlin-Neukölln, where Die Linke for the last 10 years has chosen the side of the working class, of threatened minorities, and of local movements, Die Linke has gained dozens of new members just this year and received between 25% and 40% of the votes.

And since the election, Die Linke membership has gone up [German].

As with Brexit, Germany’s election shows what can happen when the right seizes on opposition to austerity, and puts forth an alternative. And it shows that an organised, active left can offer an alternative too.