Jeremy Corbyn took on The Daily Mail in his party conference speech... and won [VIDEO] - Canary 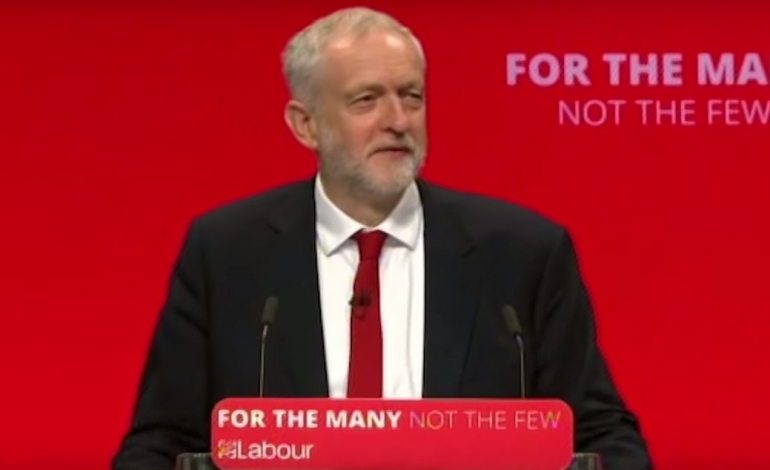 The Labour Annual Conference was held at the Brighton Centre this year. And Jeremy Corbyn’s keynote speech is getting some mixed responses in the media. The New Statesman said he “sounded like a Prime Minister in waiting”. Whereas The Telegraph attacked Corbyn for ‘ignoring the anti-Semitic row’ in the Labour Party.

But there was one segment of Corbyn’s speech that had his supporters booing. They weren’t booing at him. No. They were booing the most widely read newspaper in this country: the right-wing Daily Mail.

Corbyn mocked The Daily Mail for devoting “14 pages to attacking the Labour Party” the day before the election. He continued:

And the following day, our vote went up nearly 10%

Corbyn also gave some advice to The Daily Mail’s editor, Paul Dacre, about the paper’s negative coverage of the Labour party, remarking:

Next time, please make it 28 pages.

Indeed, The Daily Mail included a feature titled “Your tactical voting guide to boost the Tories and Brexit”. And on 7 June, the paper accused Corbyn, Diane Abbott and John McDonnell of being “apologists for terror”.

Meanwhile, The Sun – owned by billionaire media mogul Rupert Murdoch – claimed that a vote for Corbyn would lead to the establishment of the first Marxist government in Britain, describing Corbyn as a “Marxist extremist”. Yet as journalist George Eaton at The New Statesman argues, the Labour manifesto “is more Keynesian than Marxist”. Nonetheless, The Sun still told its readers that if Labour won, “it would be the gravest mistake this country has ever made”.

But these persistent attacks didn’t work. As the Labour leader rightly emphasised, Labour’s vote share increased by almost 10 percentage points. This is dramatic. As Channel 4 News highlighted, “it’s the biggest jump between general elections since 1945”. In addition, 61.5% of those aged under 40 voted Labour.

This shift shows that fewer people are being swayed by the manipulative tactics employed by right-wing news outlets. In fact, the last general election indicated that these tactics are backfiring.

As previously reported at The Canary, a poll revealed that 23% of those surveyed said newspapers could change their voting behaviour. 18% said social media would influence how they vote. On the one hand, this can make progress difficult, since British people believe the UK has the most right-wing press in Europe. On the other hand, more people are becoming aware of just how problematic the mainstream media can be, and are choosing to diversify their consumption of news media.

So while many would say newspapers influence how we vote more than social media, this could soon change. 51% of 18-to-24-year-olds say social media influences how they vote more than any other platform. The generations growing up with social media and the internet at their fingertips are exposed to a variety of sources and opinions that previous generations weren’t. This is helping to combat the powerful influence that right-wing media has long held in this country.