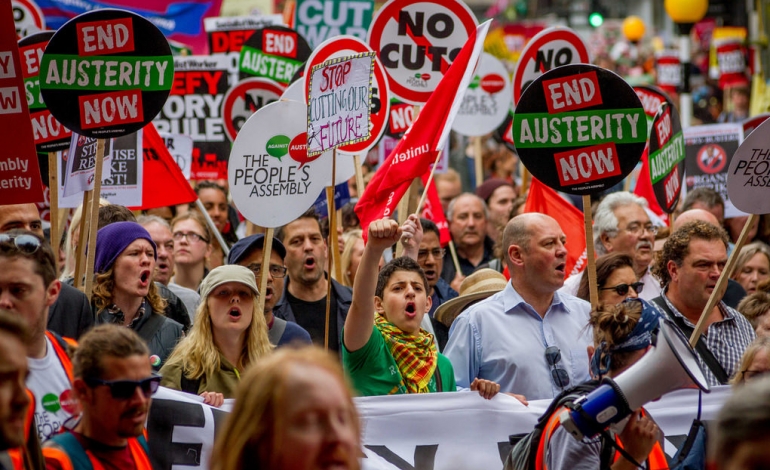 Newspapers are still the most influential form of media during election campaigns. But change is on the way.

YouGov has published a poll showing that 23% of people surveyed say that newspapers could change their voting behaviour. In contrast, 18% said social media would influence the way they vote. In other words, newspapers still play a significant role in the outcome of elections. And political change may be so hard to come by because mainstream media outlets in the UK are so opposed to progress.

A poll published by YouGov last year found that British people are the most likely out of seven European countries to think their press is right-wing. Also, 34% of respondents said that the press is too negative about immigration. So it is legitimate to question what role the media played in the rise in hate crimes against immigrants following the Brexit vote.

Journalist Owen Jones has described the UK press as:

largely run by a very small group of very right-wing media moguls who defend the status quo of which they are part. If you are on the Left and want to change society, the media will always come and get you.

As The Canary has previously reported, a pro-Conservative bias is prevalent at the BBC. And 71% of the media’s sources during the EU Referendum campaign were from the Conservative Party.

These papers are owned by millionaires and billionaires with vested interests. Rupert Murdoch (who owns The Sun) has personally spread fear about asylum seekers. Lord Rothermere (who owns The Daily Mail), meanwhile, minimises his taxes in order to protect his wealth.

We have seen the mainstream media attempt to crush the popularity of a progressive leader. A report from LSE highlights that the UK press delegitimised Jeremy Corbyn as a political leader the moment he became a prominent candidate; and even more so when he was elected as party leader. Authors found that newspapers did this through distortion; through ridicule, scorn and personal attacks; and through association, mainly with terrorism. Project director Bart Cammaerts said:

democracies need their media to challenge power and offer robust debate, but when this transgresses into an antagonism that undermines legitimate political voices that dare to contest the current status quo, then it is not democracy that is served.

Social media on the rise

While people in general are more swayed by newspapers than social media, this trend may not hold for long. Among 18-to-24-year-olds, 51% claim that social media is the most influential platform when it comes to how they vote, while 28% of the same demographic say it’s newspapers. Twitter and Facebook are also becoming as much about news as they are about social networking.

So while newspapers may be in the lead right now, this is soon going to change. And it’s for the better.

Social media has the potential to create a more balanced perspective on current events than print media. And while social media can be somewhat of an echo chamber, there will usually still be people you follow sharing news from a variety of sources and expressing divergent opinions.

The rise of social media is fostering more connectivity, discussion and engagement. This is going to play a crucial role in ensuring that the interests of the many – rather than just the few – are protected.