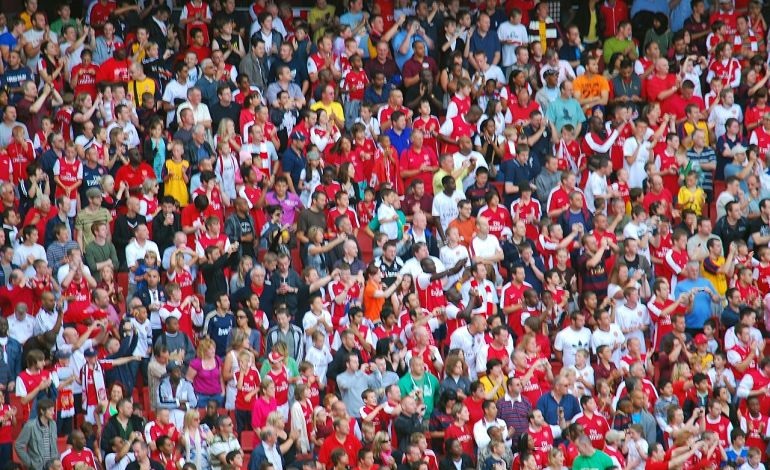 The launch of a new TV channel is threatening one of the UK’s biggest football clubs.

Arsenal is now facing calls for a boycott because its owner Stan Kroenke is behind a TV venture which celebrates and airs trophy hunting; the brutal murder of wild animals for ‘sport’.

The Outdoor Sportsman Group owns the bloodsports channel, which has been running in the US since 2016. And this group is part of Kroenke Sports Entertainment. Kroenke is a US billionaire who owns 67% of Arsenal’s shares.

The sports entertainment company chose the Game Fair in Hertfordshire on 28-30 July as the place to unveil the channel in the UK. MY Outdoor TV (MOTV) costs around £7.60 a month to subscribe to and offers programmes that show hunters killing wild animals, such as lions and elephants. These include critically endangered animals.

One programme, for example, shows a presenter shooting a critically endangered African elephant. After doing so, the man then turns to the camera, saying:

In another scene, a man reportedly kills a lion under a tree before declaring “this is the most exciting hunt I have ever been on”. Supporters say this ‘entertainment’ makes MOTV the “Netflix of the hunting world”.

Many people, however, do not share in the supporters’ enthusiasm for this ‘entertainment’. In fact, the channel’s UK launch met with much criticism on social media:

As an #Arsenal supporter I have to pay money to this person. I feel sick. @thetimes pic.twitter.com/MRjiTisPkE

I'm absolutely horrified. As a wildlife & nature photographer & supporter of @Arsenal this news is nothing short of shocking and sickening.

Shareholders need to bring this up with @Arsenal.
The fans do not want to be associated with this.

An Arsenal FC spokesperson told The Mirror that the club wouldn’t comment on the matter because it is not club business. But clearly, some fans believe that Kroenke’s majority stake in the club does embroil it in the affair. And, of course, such fans do wield some power over their clubs; because fans can walk away or boycott clubs and matches if they feel that their support is being linked to an unethical practice.

MOTV says that it will only broadcast “ethical hunts”. A spokesperson for the channel said:

MOTV will present ethical, fair chase hunting and as long as it’s legal it will be on there…

But the chief operating officer of the League Against Cruel Sports, Philippa King, argued:

Most people won’t agree that trophy hunting is in any way ethical, and studies have debunked claims that most of the blood money goes towards supporting conservation… I’m not sure in what way an idiot with a gun against an elephant is a fair chase.

The international outrage over the killing of Cecil the Lion in 2015 (and more recently the murder of Cecil’s son) revealed that King is largely right. Most people don’t see trophy hunting as in any way ethical. Nor indeed do they see it as fair; especially when many of the species being hunted are on the verge of extinction.

So it’s entirely fair for football fans to expect their clubs to uphold certain standards; and to take action when they don’t. Especially when it comes to the horrendous, unethical practice of trophy hunting.

– Take action with the League Against Cruel Sports.