The government's war on drugs claims its latest victims - Canary 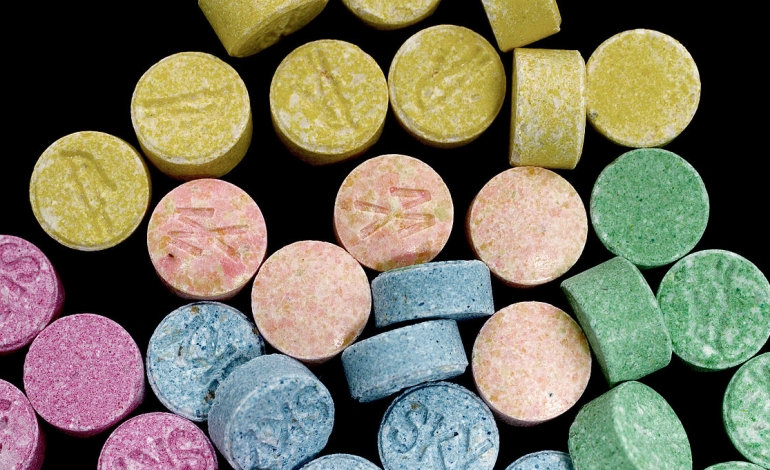 The police have arrested a man in Manchester for selling drugs to children that landed them in hospital. But while the arrest may have been welcomed, it does little to solve a looming scandal that could see more children in hospital or worse. And it raises serious questions over the government’s ‘war on drugs’.

In at least three cases, children in the Manchester area needed hospital treatment after being sold drugs.

Dealers selling drugs to children has been an ongoing problem in the Manchester area, but the recent hospitalisation in several cases is illuminating a bigger problem. In July, a 15-year-old boy and a 14-year-old girl ended up in hospital after taking benzodiazepine tablets in Wythenshawe. The same thing happened to a 13-year-old girl in Withington after she took ecstasy tablets.

Police did arrest a man on suspicion of drug dealing following the incidents. But the problem is that this doesn’t solve a wider problem. That is, that children will always be at risk so long as the war on drugs continues. This is because the drug trade is unregulated, pushing it underground, which means that there will always be dealers willing to sell to children. And the loss of control over purity will lead to further lost lives, something the government won’t address.

The war on drugs is not just a health hazard; it is also a policy which allows violent gangs to flourish. These are gangs which are getting children as young as 12 to sell Class A drugs like cocaine, crack and heroin. Findings show that, in 2016, 71% of forces arrested children under the age of 16 for supplying these drugs.

Recruiting children as young as eight, male thugs sometimes rape and ‘own’ young girls. They become accustomed to traumatising situations. Former teenage drug dealers have actually come out to say they became so used to violence that they viewed punishment beatings as “just business”. These gangs will also use intimidation, torture, and weapons such as knives, bats, hammers, tasers, boiling water, and acid as forms of control.

Gangs groom and exploit these children. But instead of treating them like victims, the police arrest the children as criminals. Helen Rosenthal from Catch22’s Dawes Unit, which researches how to tackle gangs, called it potentially “the next child exploitation scandal”.

In addition, not being able to control the purity and strength of drugs is a huge health risk. While some people may prefer high-potency cannabis, the prevalence of high-THC and low-CBD cannabis in the UK puts vulnerable people at risk. Dealers can mix drugs like ecstasy and cocaine with other harmful and potentially fatal substances. And people have died from taking substances like 25I-NBOMe when it’s been mis-sold as LSD.

This type of harm is becoming more and more common. Take the Kendall Calling festival in Cumbria. Drugs were found containing potentially lethal ingredients like concrete, malaria medication, and insecticide. Such incidents have provoked on-site drugs testing, now more widespread in the UK. And in particular after the death of 18-year-old Christian Pay, who took an ecstasy pill at a festival in 2015.

An unregulated drug market poses many more risks to people than a controlled drug market. People manufacturing ecstasy pills are able to put insecticide in their pills. Dealers without scruples will sell drugs to children. Prohibition gives children the opportunity to sell drugs, and allows gangs to exploit them. If the government really wants to minimise harm and crack down on gangs, then what we need is a debate on regulating all drugs.