In just a few alarming words, Amber Rudd has managed to creep out the entire country - The Canary 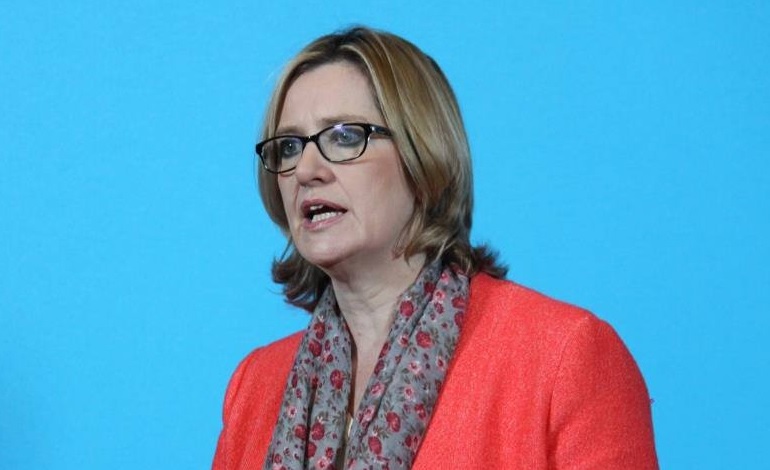 UK Home Secretary Amber Rudd has made one of creepiest, most illogical and dangerous interventions in the debate on encryption. And as Rudd is the person whose job it is to negotiate and set UK policy on domestic security, her reasoning should alarm us all.

Rudd is currently in the US attending the inaugural meeting of the Global Internet Forum to Counter Terrorism. On 1 August, however, she also penned an op-ed [paywall] in The Telegraph laying out her vision for tackling encryption.

Firstly, Rudd asserts that tech companies should stop using encryption because it’s only helpful for terrorists. “Real people”, according to the Home Secretary, don’t need their communications protected. But as Jim Killock from the Open Rights Group explained:

The suggestion that real people do not care about the security of their communications is dangerous and misleading… Some people want privacy from corporations, abusive partners or employers. Others may be worried about confidential information, or be working in countries with a record of human rights abuses.

And it’s not just people who live in countries with a poor record of human rights that need to be concerned. Very recently in the UK, an inquiry revealed that over 1,000 political groups were spied on by undercover police over the course of four decades. And thanks to US whistleblower Edward Snowden, we also know that the UK government’s security agency GCHQ illegally spied on human rights group Amnesty International.

In fact, Snowden revealed that GCHQ and its US counterpart (the NSA) were illegally spying on all citizens of their countries. This is a practice made legal in the UK by Theresa May in 2016 with the passing of the Investigatory Powers (IP) Act.

Spy agencies, however, can collect many encrypted communications but not decode them. So it’s the last bastion of secure communication for most.

Rudd goes on to explain why and how she believes her government will weaken encryption; but only after she states that her government “supports” strong encryption and “has no intention of banning” it. The Home Secretary notes that experts say “it’s impossible” to access encrypted material. But she writes:

That might be true in theory. But the reality is different. Real people often prefer ease of use and a multitude of features to perfect, unbreakable security. So this is not about asking the companies to break encryption or create so called ‘back doors’.

Companies are constantly making trade-offs between security and ‘usability’, and it is here where our experts believe opportunities may lie.

Rudd, meanwhile, explained that such options – like the “trade-off” where people accept more “features” in exchange for security – will have to be worked out in “confidential” and “mature conversations” between the government and tech companies.

George Orwell quite literally couldn’t have written that better himself.

Rudd obviously realises that, technically, encryption isn’t encryption if companies make it so it can be broken; as most people in the know will attest. So instead, she seems to think people will either allow or not notice its removal as long as a platform comes with a lot more ‘toys’ and is easy to use. Essentially, she is suggesting that the general public are either dumb or shallow; and that will allow the government to complete its all-seeing eye.

Rudd’s assessment, however, may speak to her own character more than that of the people she serves. But then, if the Home Secretary and tech companies get together and plot such machinations “in confidence”, it’s really her character that matters; to all of us.

Featured image via Department of Energy and Climate Change/Flickr