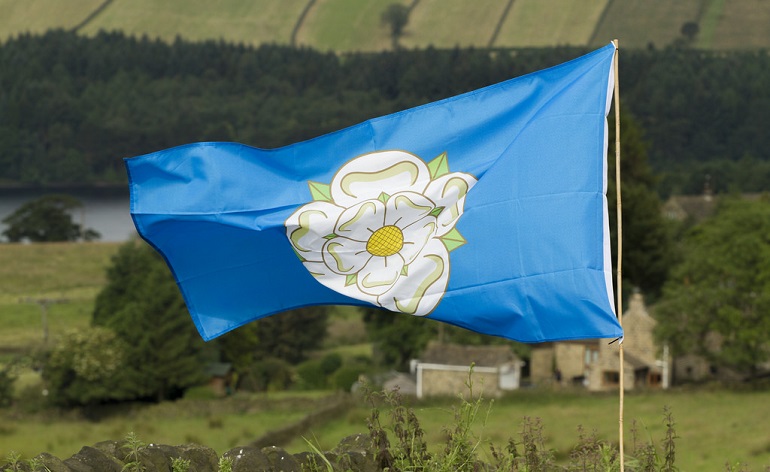 Since 1997, a number of powers have moved away from Westminster and towards particular parts of the UK; including Scotland, Wales, and Northern Ireland. But now, Yorkshire is also stepping up the fight for devolved powers. And it may well be onto something.

On 1 August 2017, a number of Yorkshire’s council leaders used Yorkshire Day to announce that:

Last Friday, Yorkshire Leaders met in York in a positive and constructive meeting and agreed that they have strong common cause. The county is big enough and bold enough to want to carve out its own destiny.

They also stressed that they had:

agreed unanimously to form a ‘coalition of the willing’, working towards securing a single ambitious devolution deal for the Yorkshire authorities and areas wanting to work together on this basis.

They promised to meet up again in September after speaking to MPs, unions, political groups, and businesses.

Far from the talk of Yorkshire puddings elsewhere in the media, this was a real call for progress. And it was all the more important given that areas of Yorkshire have been really struggling [pdf] since the capitalist financial crisis of 2007-8. In 2014, for example, the Inequality Briefing found that, of the 10 poorest areas in Northern Europe, two were in Yorkshire. All while London and the South East have bounced back.

Government promises of creating a ‘Northern Powerhouse‘, meanwhile, have seemed like all talk and little useful action. And while Greater Manchester and Merseyside have won greater powers and now have directly-elected mayors, Yorkshire has lagged behind in terms of devolution.

Why does devolution matter?

In 2016, Leila Taleb from independent campaign group We Share The Same Skies spoke to The Canary. And she explained why devolution is necessary. She said:

As a young person, the uber-centralised state of the UK is a reoccurring punch in the face every time I apply for jobs; the vast majority of them are based in London. There is a huge brain drain taking place, as more and more talented young people are moving to London to further their career due to a lack of jobs up North, which is exacerbating the North-South divide as the North starts to feel left behind.

The Institute for Public Policy Research (IPPR), meanwhile, has regularly revealed that:

Skewed spending benefiting London and the South East is nothing new

And The Manchester Evening News has insisted that the Conservatives’ Northern Powerhouse idea is just an “empty slogan”, saying:

Rich southern councils are getting massive bailouts… while poor ones up north get nowt. How is that building a northern powerhouse?

In such an absence of meaningful action from Westminster, one regional political party makes the following argument for devolution:

Yorkshire has a population the same as Scotland and an economy twice the size of Wales but the powers of neither. Something has to change

The BBC‘s James Vincent responded to the statement of Yorkshire councillors by saying there was “very little detail attached”, and that devolution “feels very unlikely to happen”. But as activist Tabitha Bast wrote in 2016:

Grassroots organising without money or hierarchy happens all the time across Yorkshire, and it’s up to us to make it happen more.

She said there are already Yorkshire groups seeking to build a different type of economic model. And she gave the cooperatively-owned Fairmondo in Leeds as an example; while also mentioning Woodhouse Community Centre and housing cooperatives like Firelight, Cornerstone, Tangram, Xanadu, and Lilac.

But Taleb told The Canary that Yorkshire’s citizens won’t be able to forge a new model without having real political power in their hands. Hence the need for a stronger movement for democratic devolution:

A bottom up approach (as there was in Scotland during the independence referendum) is definitely needed… At the moment, there is a lack of public pressure or a mass movement and this is the most effective way to get politicians to listen and subsequently effect policy change. So this needs to happen before we can start to see and reap the benefits of self-determination.

Taleb also stressed the need for a creative campaign to engage people who are sick of the “boring, bureaucratic rhetoric that dominates politics”; while helping them to see the benefits that would come from greater regional democracy. In short, she says:

For people up north angry about London always seeming to get the best deal, such a rejuvenated grassroots campaign couldn’t come soon enough. And with devolution also on the agenda of local councillors, a united front for change could now be on the cards.

– Do you believe Yorkshire and other parts of northern England deserve a greater share of the national budget? Do you think their democratic voices deserve to be heard more locally? If so, write to your MP and join the #RegionalDemocracy debate online. Also follow We Share The Same Skies on Twitter and Facebook, and read their blog.