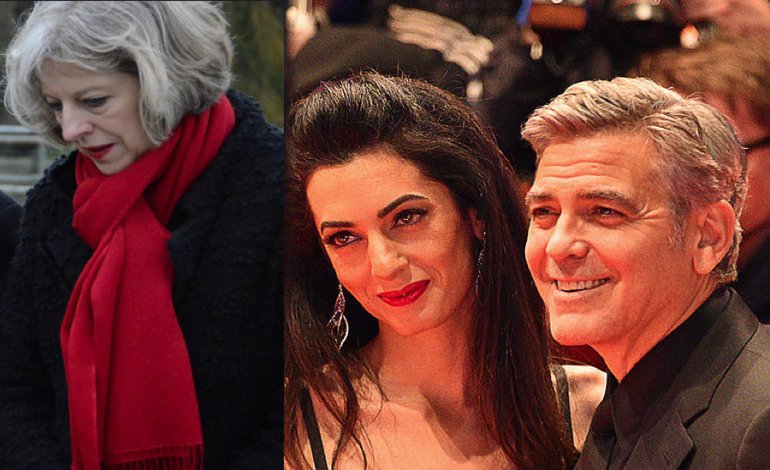 While Theresa May basked in a luxury hotel in Northern Italy, a Hollywood power couple humiliated her before the entire international community. George and Amal Clooney will personally be putting 3,000 Syrian refugee children through school, almost ten times the number that May’s entire government agreed to help in the UK.

After the body of Syrian toddler Alan Kurdi washed up on Turkish shores last year, there was a moment of introspection. It felt like people started to agree: whatever the cost, this must never happen again.

In 2015, around 100,000 unaccompanied children filed for asylum in 78 countries across the world. But millions more remain vulnerable and outside of any state system. In May 2016, Lord Alfred Dubs succeeded in passing an amendment which secured Britain as a safe haven for refugee children.

But it didn’t take long for old attitudes to return with a vengeance. Within a year, the May government abandoned the so-called Dubs Amendment. The Home Office announced it would accept just 350 refugee children. And Lord Dubs condemned the decision in the strongest terms, saying:

I was one of those lucky ones. It would be a terrible betrayal of his legacy if as a country we were unable to do more than this to help a new generation of refugees.

The government’s actions do not necessarily mean fewer child refugees will wind up in Britain. They simply mean that, when they get here, they will be stateless and unsupported. They will be homeless, destitute, and prey to abuse.

But now, one Hollywood couple is providing more support to Syrian child refugees than the whole UK government. And it serves as a damning indictment of a government which simply does not care, for child refugees or its own citizens.

Meanwhile, Theresa and Philip May holidayed in the Villa Cortine Palace Hotel in Lombardy. No austerity for the Prime Minister. According to The Mirror:

Prestige Deluxe Rooms with ‘unparalleled’ views of the lake from the large balcony terrace, can run to well over £900 a night. A suite would break the £1000 a night barrier.

We can imagine the two flipping through the pages of The Telegraph, from the comfort of their luxury digs. And finally, they come across the smiling faces of the Clooneys.

Around the time the Prime Minister made the decision to abandon the Dubs Amendment, she told The Sunday Times that she was a practising Christian; and that she used her faith to make difficult decisions. Clearly, she never made it to the Good Samaritan.

– Support the work of the UNHCR in helping child refugees.