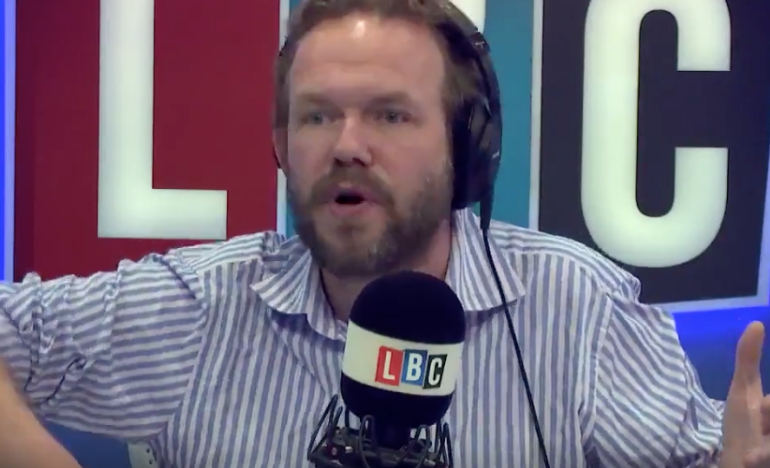 The Daily Mail has reached peak irony. The paper that is probably best known for immigrant-bashing and calling for tighter border controls is up in arms. About border controls. Mainly because tightening controls mean delays for Brits on holiday.

In other words, The Mail wants tighter border controls, just not for UK holiday-makers.

But it was LBC‘s James O’Brien who really nailed the utter hypocrisy of the paper’s position.

They just don’t see it

The reporting is made worse by the fact the paper does not even seem to realise the irony of what it’s doing. But O’Brien thinks this is an indictment of the tabloid media as a whole:

And if you think that I’m exaggerating when I tell you that British journalism has been reduced to almost entirely a stimulus designed to prove feelings without any thought whatsoever, I refer you to the front page of today’s Daily Mail.

O’Brien finds it ‘astonishing’ that The Mail is complaining about border controls being too tight and states:

There you go. Satire just died.

What did you think would happen?

As O’Brien points out, The Mail is constantly pontificating about the need for stronger border controls. And he nails the question that anyone with half a brain would like answering:

How the flibbertigibbet do you think you were going to control borders without spending more time looking at more people’s travel documents? How did you think that was going to happen?

Although O’Brien does attempt to translate the answer into Daily Mail speak:

I thought that the colour of the passport would get us special treatment. I thought there’d be like a little lane for blue passports… and because we’re somehow better than them, we’d have our own special little lane.

You can watch O’Brien in full here:

These kind of headlines from The Mail are so bad they’re almost funny. But what stops the amusement is the fact that the racist headlines The Mail and other papers normally like to run cause real harm. It is known for its right-wing xenophobia. And this has been the case since the 1930s, when it railed against Jewish people coming to the UK and praised the Blackshirts.

This attitude continues into the present. From racist cartoons to headline after headline bashing refugees and immigrants, the paper has helped to create a climate of hostility. In fact, the European Commission against Racism and Intolerance (ECRI) accused the paper of using “offensive, discriminatory and provocative terminology”.

It is okay to find this peak irony from The Mail funny. Because it is. But alongside this, we always need to remember the paper’s current and historical xenophobia and the impact that it has.