The latest freak-out from right-wing media is about... deckchairs? - Canary 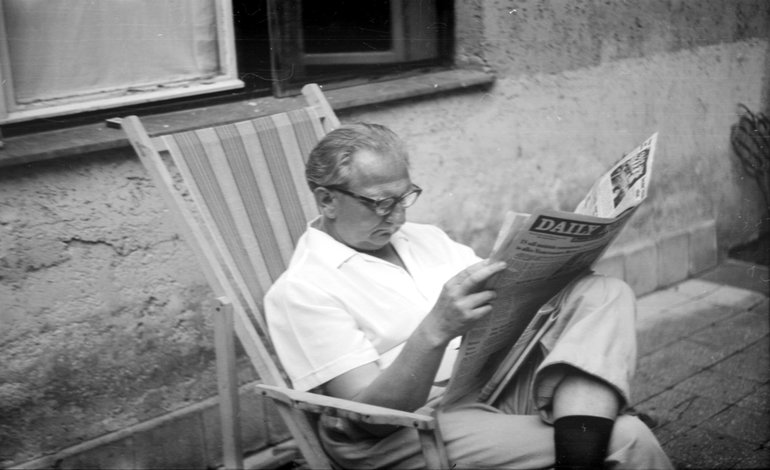 For most people in Britain right now, the key issues are our under-funded NHS, a surge in the use of food banks, and Brexit. But for The Telegraph, the real crisis facing us is apparently… deckchairs.

Harry Yorke is The Telegraph’s Online Education Editor. In a piece this week entitled Beach deckchairs phased out by councils amid plans to make seaside resorts more ‘continental’, he writes:

They have long been an integral element of a British seaside holiday – giving beachgoers a chance to recline, unwind and enjoy the summer sun (or drizzle).

But now the serried ranks of deckchairs which once lined the country’s beaches are being folded away by local councils, in an attempt to make coastal resorts appear more “continental”.

Once again, good old-fashioned British life is being corrupted by those damn continentals. Or so says Yorke. He asserts that, across the country, deckchairs are being sold off, privatised, or replaced with sun-loungers. And it’s all the fault of hipsters and foreigners.

This will come as news to Sidmouth in Devon, which just returned deckchairs to its seafront. And Weymouth and Portland Borough Council could have saved £7,000 a year by scrapping its policy of free deckchairs for the over-60s. Instead, it rejected plans to ditch the policy when it came to the vote this week. The council’s report [pdf] on the matter said that the residents consulted were “keen” to continue the 30-year tradition.

Yorke’s whole piece rests on a single report by holiday letting agents Beach Retreats. It also states that “other seaside pastimes, including Punch and Judy”, are on the decline. And nostalgia aside, maybe a show centred around a puppet man beating his wife with a stick while yelling “that’s the way to do it!” is not the best choice of entertainment for impressionable children.

What is the point?

It’s bad enough that The Telegraph nurtures a ‘Little Britain’ mentality, which says our way of life is under threat from foreign invaders. What’s worse is that some basic elements of the story are highly misleading. The whole piece seems designed to enrage Middle England with contrived nonsense; and at a time when we have plenty of genuine issues to focus our minds on resolving, for ourselves and each other. But then, that seems to be a fairly accurate summary of The Telegraph‘s mission these days.