The BBC tries to lay a trap for one of Corbyn's top team members. It goes terribly wrong [VIDEO] - The Canary 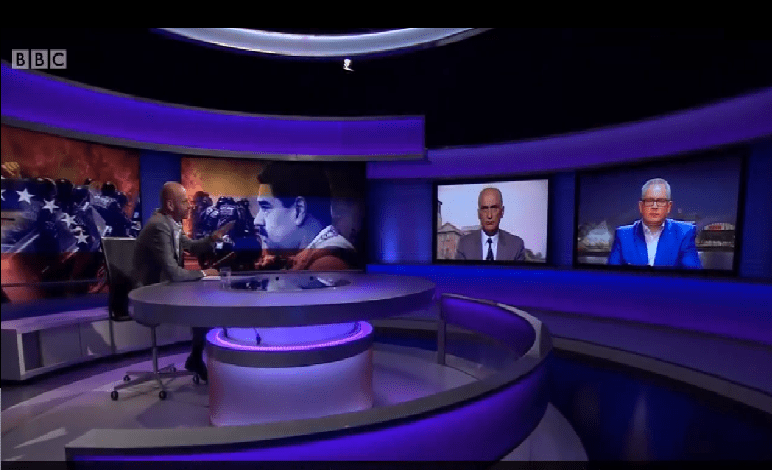 The BBC tried to lay a trap for one of Jeremy Corbyn’s top team members. But on 2 August, it went terribly wrong.

Chris Williamson, Shadow Minister for Fire and Emergency Services, spoke about the current political crisis in Venezuela on BBC Newsnight. There is a political struggle underway between the anti-government, right-wing, Washington-linked opposition leaders and the left-wing government. Violent clashes between protesters and pro-government forces have resulted in over a hundred fatalities.

At present, both Conservative and Labour pro-establishment forces in the media are exploiting the political crisis to smear Corbyn. They insist that, because the Labour leader once praised the socialised healthcare and housing policies of Venezuela, he must now condemn President Nicolás Maduro. For them, it’s apparently no matter that Labour has already issued a statement urging “everyone in Venezuela, on all sides, to end the bloodshed immediately”.

On BBC Newsnight, the smear campaign continued with a trap for Williamson. Host Evan Davis began with a loaded question:

You either really have to face it that Maduro’s in the right now, which is one way out, or you were in the wrong to support him earlier…?

But Williamson cut through Davis’s black-and-white world with a nuanced answer:

Well that’s an unfair characterisation… clearly the circumstances have changed substantially in Venezuela… The collapse in the oil price… and these violent protests which have been aided and abetted by the United States of America who have been funding opposition groups and have a very shady record going back many decades of interfering in Latin America, right back to Chile where President Nixon said he was going to ‘make the economy scream’.

Williamson points out the crucial context of US hostility seldom mentioned in the Western media:

But the US is good and Venezuela is bad!

Rather than acknowledging such context, the BBC‘s Davis said:

So your response to seeing opposition leaders bundled out in the night and taken away and arrested, is to condemn the United States?

Not, not at all… that’s unfair Evan… I’m not here as an apologist for the Venezuelan government. Clearly they’ve made mistakes, they didn’t do enough to diversify the economy. But look, they’re under incredible pressure and there’s a very one-sided… view of the situation there, very often in the British media. I’m yet to hear any criticism of the right wing opposition, or indeed the United States… it can’t be right… in a situation where there is a massive crisis in Venezuela to impose sanctions on the country. Surely it would be far better to… try and bring the sides together, to facilitate talks and to encourage the right-wing opposition to stop these protests on the streets.

The Labour Party has outright condemned the violence on “all sides” in Venezuela and drawn attention to the government’s “responsibilities”. By contrast, pro-establishment media like the BBC incorrectly suggest the government is behind all the violence in Venezuela. Even The Guardian heavily implies that over a hundred deaths are a result of the state, when really five deaths at the hands of police have reportedly been confirmed so far.

Do you think you’re closer to Chávez, Maduro in your political philosophy or Tony Blair?

The MP for Derby North wasn’t having it:

I think the point is: when a government is doing good things as… under Hugo Chávez, huge reduction in poverty and investment in healthcare, housing… that’s surely a good thing we should celebrate… So… trying to put up these false dichotomies about ‘Oh you know, are you closer to Blair or… Maduro?’ I think it’s kind of an irrelevant question really.

On BBC Newsnight, Williamson’s intervention was a refreshing antidote to a UK commentariat biased towards US-led imperial interest in Venezuela. He refused to let the BBC reduce a nuanced debate to a simplified story of goodies and baddies. More of this please.

Venezuela must be seen in its proper context

I was on Newsnight yesterday speaking about the ongoing situation in Venezuela. It's clear that the government there has made mistakes; I'm not an apologist for everything that happens there. However, the crisis must be seen in its wider context of other factors, including economic interference and violent street protests. The current one-sided media onslaught does a disservice to people's intelligence.