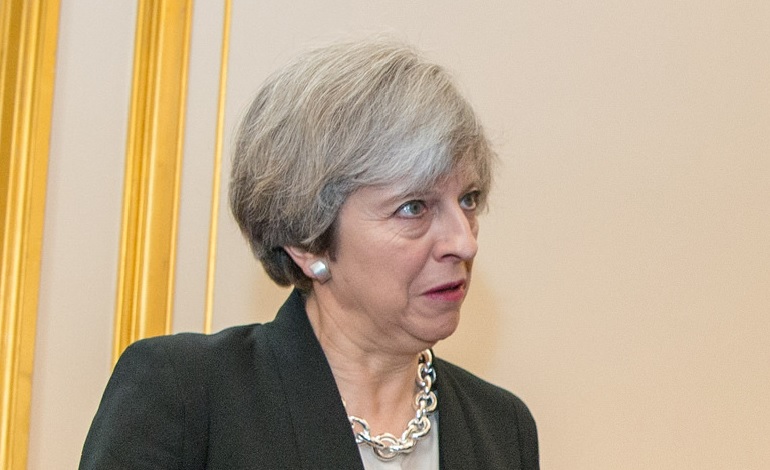 If Theresa May had any decency, she would cut her holiday short right now. Because some absolutely revolting news has surfaced about one of her close global ‘mates’.

UK ally Saudi Arabia is allegedly blocking humanitarian planes from accessing fuel in Yemen. And the move is leaving the planes stranded, unable to deliver the aid desperately needed by millions in the country on the brink of famine.

It’s an act that Saudi Arabia surely knows could result in the deaths of countless civilians. Yet the UK continues to sell masses of weapons to this regime and views it as a friend. With friends like that, however, we should be asking: what the hell does the UK stand for?

An official for the UN Development Programme (UNDP) accused Saudi Arabia and its allies in the military assault on Yemen of blocking the fuel in a video press conference on 1 August. Speaking to reporters, Auke Lootsma said:

The Saudi coalition is the one Lootsma speaks of, which has been bombing Yemen since 2015. That coalition began bombing the country after Iranian-backed Houthi militias overthrew Yemeni President Abdrabbuh Mansour Hadi in 2014.

Houthi-controlled Sana’a is Yemen’s capital city. The UN planned to make two humanitarian flights per day to the city. But, according to Lootsma, it currently has the two planes grounded in Sana’a. And that’s because the coalition and the Yemeni government won’t allow the fuel deliveries from Aden; a city they control.

Yemen is a country of 27 million people. And Lootsma says that around 70% of these people now depend on aid. He also says that nearly seven million of these people “are close to slipping into a state of famine”. While almost two million children are “acutely malnourished”.

Batool was overcoming malnutrition but died of #cholera, a man-made catastrophe. Conflict must end, allowing such deprivation is immoral. pic.twitter.com/OspYrorFzX

Furthermore, the conflict has led to an outbreak of cholera; the UN has recorded around 400,000 cases of this potentially fatal disease so far. And more recently there has been an outbreak of meningitis in the country.

The UN calculated that it needs £1.6bn in funding to save the country, and its people, from complete ruin. But world governments have so far only pledged half that amount. And Lootsma says “there is no end in sight” for the war itself. There’s also no escape from it for civilians as Saudi controls Yemen’s airports, sea and land borders.

Of course, there is one way for countries to help wind that war down. Countries that sell arms to Saudi could stop. And the UK is one of the biggest culprits. But there appears to be nothing that will stop the Conservative government from doing so. When Saudi allegedly commits a war crime, the UK government sells it weapons. When parliament humiliates the government in front of the whole country over arms sales to the regime, it sells Saudi weapons. And when a report emerges that people suspect will implicate Saudi in terrorism funding, the government buries it and keeps selling it weapons.

But in doing so it is making the UK complicit in Yemen’s destruction. And now we learn it’s ensuring we associate with those who are actively stopping starving people accessing food.

But because May is currently lounging around at her summer’s luxury digs she can avoid scrutiny over this. And that’s shameful.