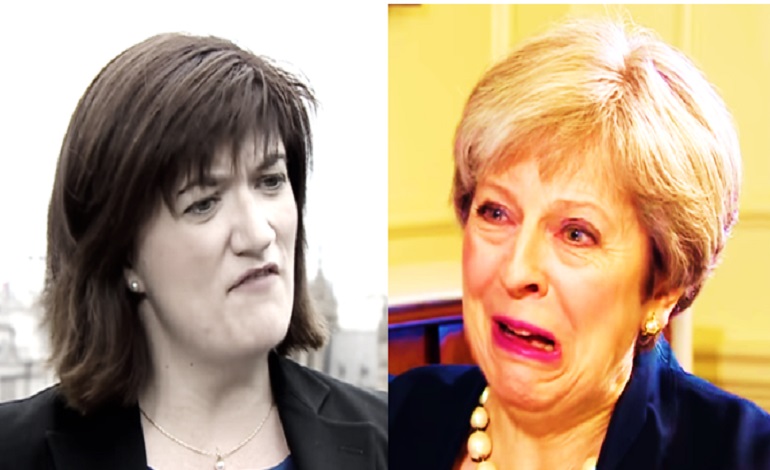 A senior Conservative MP has reportedly “demanded answers” into a failing flagship government policy. One which she launched in 2015. But the intervention by the former Tory cabinet minister comes off the back of a damning report into the scheme. And the clock is ticking for the Conservatives, as the policy goes live in a matter of weeks.

School’s out for summer?

The former Education Secretary Nicky Morgan is now Chair of the Treasury Select Committee. And she’s written to the government over problems with its 30 hours free childcare scheme. In March 2017, the government announced the details of the policy for three and four-year-olds in England. The idea is to support parents who are already working, wanting to return to work, or wanting to increase their hours.

The free childcare provisions begin in September. But already parents are reporting that they are unable to open accounts on the official website. Childcare providers are also claiming that they cannot register on the site. And it means that places for children are being left unfilled.

A catalogue of errors

So, Morgan has intervened. She has written to the head of HMRC, which is responsible for the rollout of the policy. She said:

The Independent reported that parents have complained of multiple problems logging on, including the site logging them out during searches. Others have been denied access to their accounts for days. And some parents have been told they had applied for the free 30 hours, instead of the tax-free account. Because the scheme is entirely digital, no one can apply via post or telephone.

But as The Canary previously documented, it’s not the first time the policy has run into problems.

In July, the Department for Education (DfE) published a report [pdf] into the scheme. It had been trialling the 30 hours free childcare in eight local authority areas since September 2016. The scheme is designed to give 1,140 hours free childcare a year to parents who earn at least £120 a week, or those who get certain benefits.

The DfE said [pdf p14] that 57% of the 5,000 childcare places were from private companies. And it’s here where the problems arose. According to the report:

But the challenge facing parents is probably best summed up in one statistic [pdf p14]: 43% of childcare providers joined the scheme because “they saw it as a good business opportunity”. It seems the policy is designed for the better-off; benefiting private companies and leaving children and parents down the pecking order. But it is also yet another government scheme, like the much-maligned Universal Credit, which appears to have been rolled out on a shoestring, and with little thought to what would happen when things go wrong.

But ultimately, the 30 hours free childcare policy is a half-baked scheme that benefits the already privileged. Much like the majority of Conservative policies. And with Morgan’s intervention, the scheme looks like being a disaster before it’s even begun.