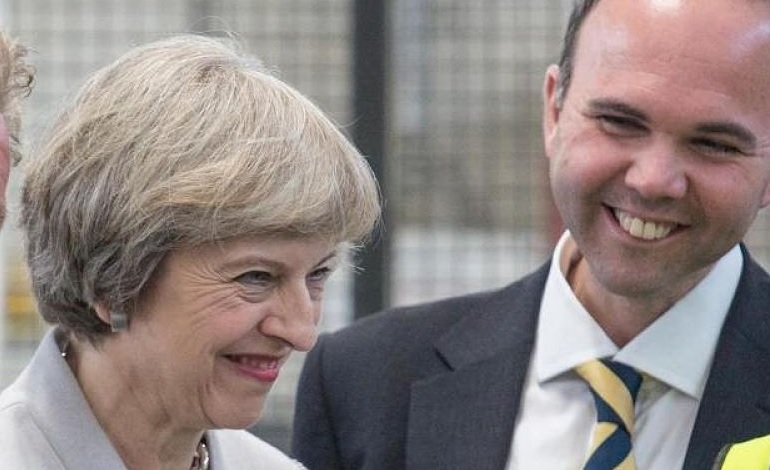 The Tory government has now broken a record. And it reveals the horrific direction the UK is heading in.

According to The Times, last year the government applied [paywall] to withhold a record number of documents from public view. The National Archives were due to publish the documents under the 30-year rule.

But the government did so in the same year it decided to legislate to spy on all of its civilians. So while the government passed a law to destroy the public’s right to privacy, it took action to protect itself from scrutiny.

That’s not how a democratic state behaves; but it’s certainly how an authoritarian one would.

The National Archive releases official documents 30 years after their creation. The particular government in place in any given year can, however, request that files be withheld in special circumstances, such as national security concerns. But last year the Tory government tried to withhold 986 documents; that’s more than double the amount it asked for in 2013.

The documents in question reportedly relate to the years 1986/7. And they concern arms sales to India and Saudi Arabia as well as a royal trip to the Middle East. Margaret Thatcher was Prime Minister during those years and the Tory government has faced prior criticism for preventing the release of Downing Street documents from Thatcher’s “danger years”.

The Advisory Council on National Records and Archives, an independent body that rules on such applications, is very concerned by the government’s attempts at secrecy and has now requested [paywall] a meeting with officials. A government spokesperson commented:

Last year 95% of government records that were transferred to the National Archives were made public.

The IP Act essentially removes UK citizens’ right to privacy. It forces internet service providers (ISPs) to store a record of our web browsing activity. And a long list of officials are able to access those records. It also allows our security services to hack devices, and legitimises their own collection of our data in bulk. More recently, the government has said it will also take steps to weaken the last bastion of secure communication for most: encryption.

The IP Act essentially codifies George Orwell’s 1984 into law. While you don’t see Big Brother beamed through your television screen like in that book, make no mistake, he is there. In fact, he is everywhere. Yet the Conservative government, which is on our payroll, won’t even be transparent about what happened 30 years ago.

In fact, this act is such a threat to people’s rights that advocacy groups have taken the government to court numerous times over it.

The IP Act was a consequence of US whistleblower Edward Snowden revealing in 2013 that the government had already been spying on people for years. It had being doing so in secret and only Snowden’s decision to shine a light on this illegal activity forced the government to come clean and make its case to the public.

Snowden’s revelations are the perfect example of why transparency matters.

And there’s an accepted system in democracies that decides how transparency should function. Our government is a public body, so it should be upfront with the people it serves about what it is doing in its official capacity. Most people, however, are private individuals. And they are supposed to have the right to a private life.

But the UK is currently working with a broken system of transparency and accountability. It’s the wrong way round. And we need to fix it if we’re to pull our democracy back from the brink.