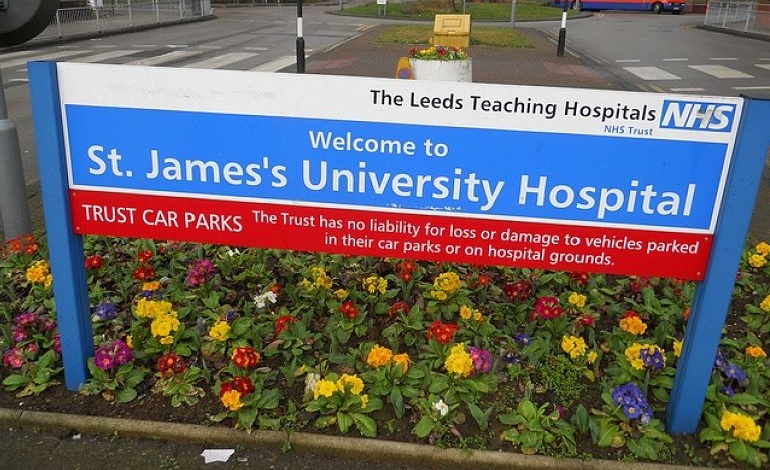 Ali Schofield, a terminally ill cancer patient, was “disgusted” to receive an advertisement for a private healthcare clinic from her Leeds NHS Trust. After making the letter public, she has received far-reaching support, but this should never have happened.

Schofield, who has secondary breast cancer, told The Observer:

I felt really cold when I saw the leaflet because it suggested that I would have better healthcare if I was to go private. It offered me access to the latest technologies and made me think: so what am I getting now? It’s disgusting. It puts the seeds of doubt into you.

The advertisement was for Nova Healthcare. It has a contract with the NHS to provide specialised “gamma knife” radiotherapy.

This situation raises serious concerns about breaches of NHS guidelines on promoting private services. These guidelines explicitly state that trusts:

should not market or promote these services within their NHS communications to patients and the public (e.g. NHS appointment letters, NHS test results, NHS Foundation Trust membership communications etc.).

It is clear from this situation that the breach had devastating implications. As well as being appalled that the NHS had seemingly used her medical records to pass on the leaflet, Schofield said:

Adverts like this give the impression that NHS cancer care is second class. It’s unreasonable to have that pushed in your face at your NHS appointment. It was very upsetting to feel that someone was trying to make money out of cancer patients receiving NHS care.

A recent report indicated that the UK spends over 20% less per person on cancer than the top five EU economies. As a result, survival rates for cancer are trailing behind those in other European countries. Schofield’s experience raises serious questions about equal access to treatment for those who rely on NHS services.

But as private companies continue to profit, the NHS in Tory Britain is in crisis:

Although a spokesperson for Leeds Teaching Hospitals NHS Trust apologised to Schofield, the incident highlights growing concerns about the rise in private companies winning NHS contracts; and making huge profits from them.

Since the Tory-led coalition introduced the Health and Social Care Act in 2012, there has been a growing emphasis on the competitive tendering of NHS contracts to private companies. And the government has made efforts to sell off crucial, money-saving services like NHS Professionals; the NHS in-house temporary staffing agency. Meanwhile, ex-Health Secretary Andrew Lansley, who led the 2012 act, went on to gain three lucrative jobs connected to the private healthcare sector.

Nova has admitted that it needs more clients. This raises serious questions about why its promotional materials were directly marketed to NHS patients:

Companies have to declare biggest risk to their ongoing viability. Nova admit getting new patients is vital. Hence marketing on NHS wards. pic.twitter.com/npjeBfm9Eh

Unless urgent action is taken, private companies will continue to make vast amounts of money at a time when the NHS is in crisis and over-worked, under-paid staff are at breaking point.

Ali Schofield was very clear that this situation was not a direct criticism of incredible NHS staff, saying:

My care has been very good and all the NHS staff I’ve spoken to have been brilliant. Nurses at St James’s feel that the Nova adverts undermine their work.

But growing fears about privatisation of the NHS by stealth need to be addressed. Urgently.