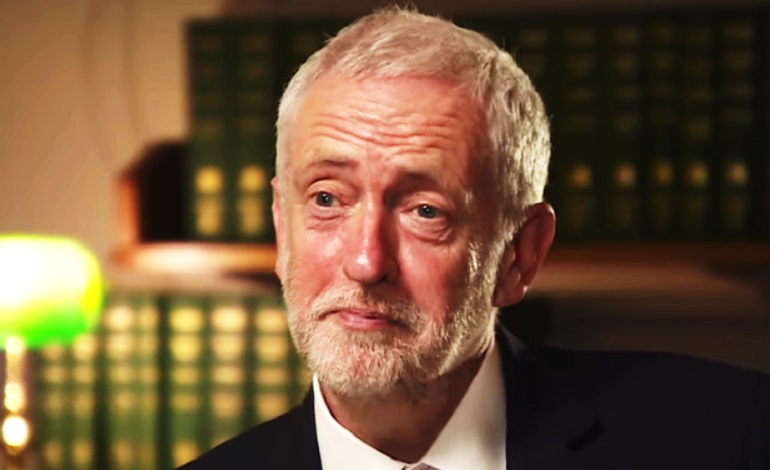 A video of Jeremy Corbyn has been doing the rounds on social media. But far from being a political diatribe, an appearance at Prime Minister’s Questions, or a policy announcement, the short, simple film is so everyday that it shows just why the Labour leader is so popular.

On Monday 7 August, Corbyn was in Crawley, West Sussex as part of Labour’s summer tour of Tory marginal seats. And he was captured helping a mum with her baby in a pram up a flight of stairs at the train station:

The incident with a rather baffled-looking baby and some steep stairs comes after Labour extended its lead in the latest opinion polling.

Corbyn: more than tottering ahead

YouGov’s latest voting intention poll (31 July-1 August) put Labour on 44%; three points ahead of the Tories on 41%. But delve a little deeper into the results, and it’s nearly all good news for Corbyn’s party. Because compared to the last opinion poll before the general election on 8 June, Labour has:

And Corbyn’s tolerance for tots, and society more broadly, is also reflected in the polling on who would make the best PM. The Labour leader now trails Theresa May by just 3%, on 33% to her 36% (although he did overtake her briefly in June). Corbyn has cut [pdf p5] May’s lead from 11% before the election.

Time to change the political nappy?

It’s often a cliché that politicians make sure they get themselves ‘papped’ (photographed by the paparazzi) with pre-schoolers as a cynical photo opportunity, in the hope of seeming kind and gentle. But as is often the case with Corbyn, this baby photobomb appears more like the gesture of a genuinely kind and gentle human. Not the heartless and hollow actions of his opposite, currently residing in 10 Downing Street.