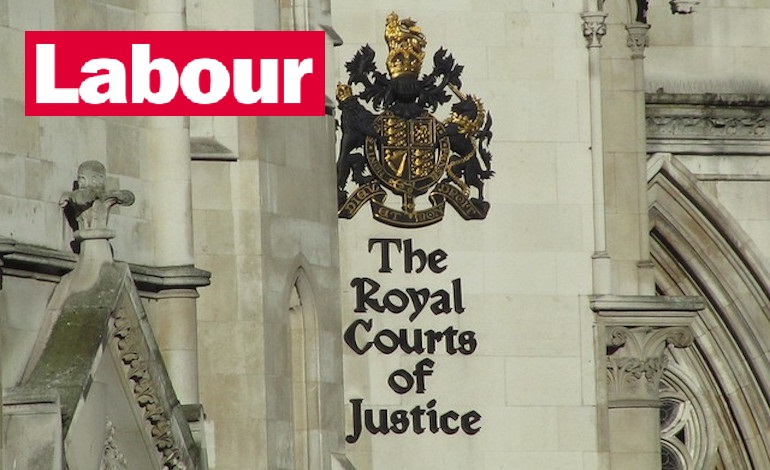 A Labour-controlled London borough council is facing the threat of court action after residents claimed it forced them to break the law. And if the action goes ahead, it could set a nationwide precedent.

The Disabled People Against Cuts (DPAC) group is highlighting the case of a disabled person who is severely struggling with the most basic costs of living. The group is crowdfunding to get a solicitor to look at the individual’s case, as it believes the council involved has broken the law. And, of course, the crowdfunding is necessary because Legal Aid support is no longer available.

The individual and the council are both being kept anonymous, largely to protect the person in question. But DPAC claims that the council has acted unlawfully because it:

But as The Canary previously reported, these issues have only arisen after the Conservative government scrapped a key welfare payment for disabled people.

In June 2015, the Independent Living Fund (ILF) closed permanently. It was a scheme to help nearly 18,000 disabled people with high support needs to live independently. Launched in 1988, its aim was to assist people who were “severely disabled” to live in their own homes, as opposed to residential care. It enabled people to work, access their communities, and engage in a private family life.

After its closure, local authorities became responsible for the distribution of centralised grants to its former recipients. Everyone must undergo a reassessment before they receive funding. The situation is different outside of England, where national assemblies have protected the funding available.

But the NGO Inclusion London did not think that councils were providing adequate funding to people. So in 2016, it submitted Freedom of Information requests (FOIs) to all 33 London borough councils. Inclusion London asked the councils how much of a reduction in funding former ILF recipients had seen. And the FOI responses found that:

Labour-controlled Waltham Forest was the worst offender, pushing a 68% funding reduction onto 60 disabled people. The council also said it was not protecting the central government funding. And when it came to the number of people formally complaining to councils about funding, over half were made to Waltham Forest Council alone.

Labour should hang its head

If DPAC reaches the target of £1,000, then it could mean a court case against the Labour council in question. And if the judge rules in the claimants’ favour, it could open the floodgates for other claims across the capital, and England. DPAC co-founder Linda Burnip told The Canary:

This particular Labour council are failing their disabled residents badly with what seems like a total inability to implement the Care Act correctly. It would appear that it is illegally charging this particular person and others in the borough as well as failing to ensure that the Direct Payment provided allows the disabled employer of personal assistants to meet their legal requirements. The council is legally required to provide adequate funding for this. Sadly, this is not the first instance where the service provided to disabled people who need support for independent living has not been provided by this council.

DPAC has so far had no response from the council in question; although it would probably claim that, due to the ILF closure, it is struggling with funding for disabled people.

But this kind of excuse is a cop-out. Disabled people and their right to independent living should be a priority to any local authority, regardless of whether central funding has been cut or not. This Labour council’s actions show the contempt that much of the political class have for disabled people. And it is a damning indictment of the Labour Party at a local level.

– Donate to the DPAC crowdfunder.