A senior copper has slammed critics of the government’s anti-terror strategy. But he’s convincing nobody - Canary Workers’ Co-op 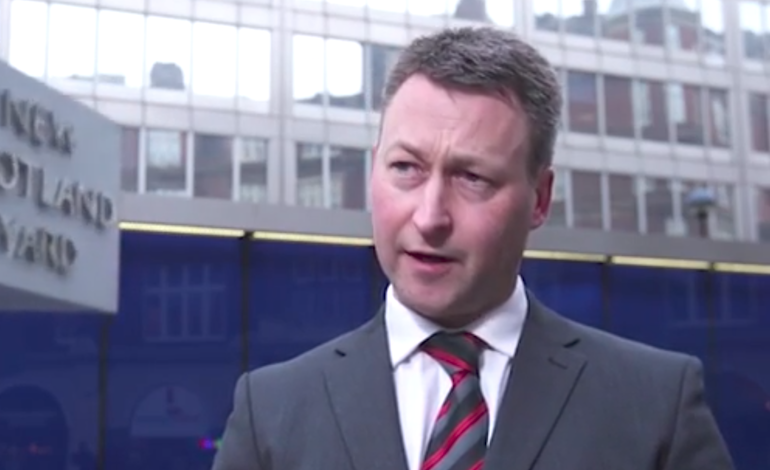 Commander Dean Haydon has said in an interview with the BBC that criticisms of the Home Office’s Prevent strategy are “based on ignorance”. The head of New Scotland Yard’s Counter Terrorism Command also claims that critics “don’t understand properly how Prevent works”. But critics of the strategy include the UN Human Rights Council (UNHRC), Liberty, the National Union of Teachers, and more than 150 higher education academics.

Haydon claims that Prevent is “not just about the Muslim community”. But statistics show that, in cases where ideology was recorded, more than half of those targeted by Prevent were Muslim. Those seen as in danger of becoming radicalised are provided support through a programme called Channel. Here, the percentage of cases deemed ‘Islamist’ jumps to 68%. Muslims represent just 4.8% of the population in England and Wales.

In 2015, the implementation of Prevent by public bodies including schools and the NHS became mandatory. This led to a number of horror stories, including a primary school pupil referred after complaining about the lack of a prayer room, a postgrad questioned for reading an academic textbook, and two young brothers reported for having a toy gun. In all the above cases, those reported were, of course, Muslim.

Spying on each other

It’s no surprise then that Commander Haydon saying Prevent keeps people safe sounds just a little hollow. As advocacy organisation CAGE points out, it “overwhelmingly targets Muslims”; which has led to “a serious risk of human rights violations” and even countering the intended effect, as the UNHRC report lays out:

Overall, it appears that Prevent is having the opposite of its intended effect: by dividing, stigmatizing and alienating segments of the population, Prevent could end up promoting extremism, rather than countering it.

By implementing a system where people report on each other, in a society where Islam is already viewed with distrust, Prevent cements the perceived link between Islam and extremism.

Criticisms of the counter-terrorism strategy have repeatedly focused on two major problems. First, the working definition of ‘extremism’ is too broad and vague. Second, by encouraging people to police each other, it has sown mistrust within communities. Yet Haydon avoids these criticisms. Instead, he waves the magic wand of incoherence and accuses everyone that disagrees with him of not understanding; or he claims that criticism comes from communities that just “don’t want Prevent to work in the first place”.

Haydon’s flimsy defence crumbles under scrutiny. Because it’s clear that communities have good reasons to view Prevent with suspicion.

– Check out Together Against Prevent and PreventWatch.