We thought that bizarre holiday snap of David Cameron was a spoof too. It's not [IMAGE] - Canary Workers’ Co-op 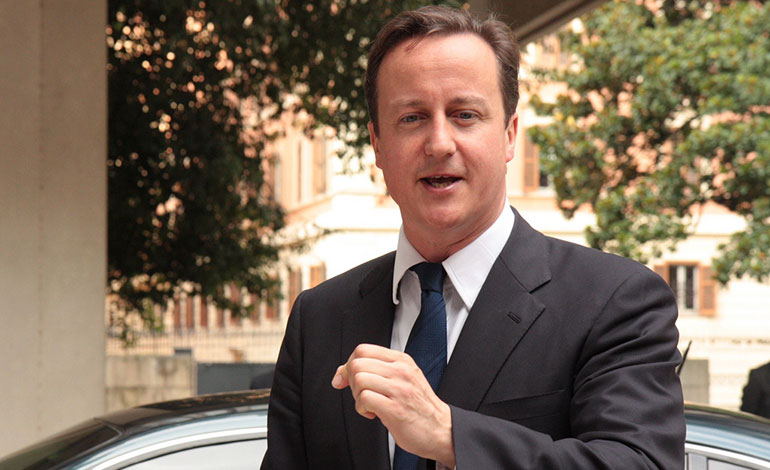 Former prime minister David Cameron has been photographed at a festival with a drink in one hand, a cigarette in the other, and a woman wearing a Corbyn cape draped over him.

The image began circulating on the internet over the weekend. But most assumed it was a photoshop hoax. 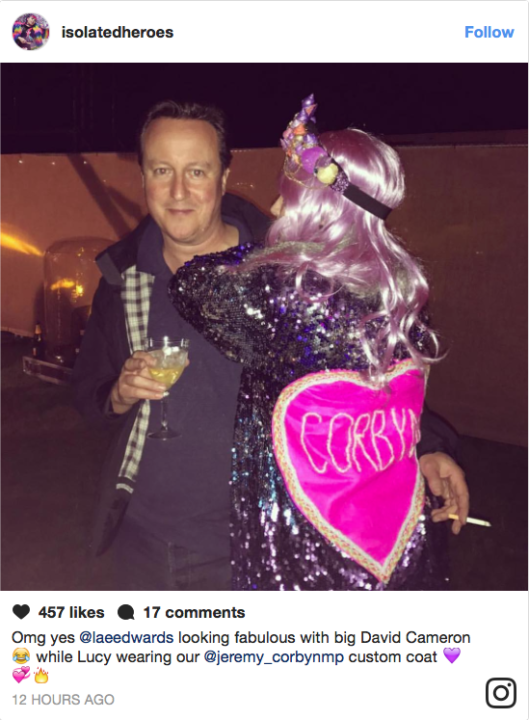 It turns out, it’s real. As the BBC reports:

In a snap from the weekend’s Wilderness Festival in Oxfordshire, Mr Cameron was photographed by art consultant Lucy Edwards holding a drink and a cigarette.

And festival-goers spotted the former prime minister more than once.

Even out of power, David Cameron is providing us with U-turns. Astute readers will recall the former PM made much of his status as a reformed smoker while in government.

And this was the second time within a week that the Camerons have managed to embarrass the Conservative Party.

During a recent interview with lifestyle magazine Harper’s Bazaar, the Camerons revealed they did indeed find austerity a laughing matter. Taking pride of place in their kitchen is a little in-joke. As the interview reads:

We start in the gloriously untidy kitchen, where the radio is playing indie rock from BBC 6 Music. A placard that reads ‘Calm down dear it’s only a recession’ leans up against the window behind the sink

The interview went down like a lead balloon among those cleaning up the socio-economic mess Cameron left in his wake.

A sign in David Cameron's kitchen reads "Calm down dear it's only a recession". Thousands died on his watch. Never forget. @David_Cameron

Cameron also spent £25,000 on a luxury man cave at the start of summer.

David Cameron once described [paywall] himself as “the heir to Blair”. And Theresa May might be starting to agree. Just as the former Labour prime minister casts a pall over his party (loitering like an unwelcome ghost), it looks like Cameron is serving up the same embarrassment to the Conservatives.