While we’ve all been laughing at Dave's festival photobomb, his legacy is causing a nationwide catastrophe - Canary Workers’ Co-op 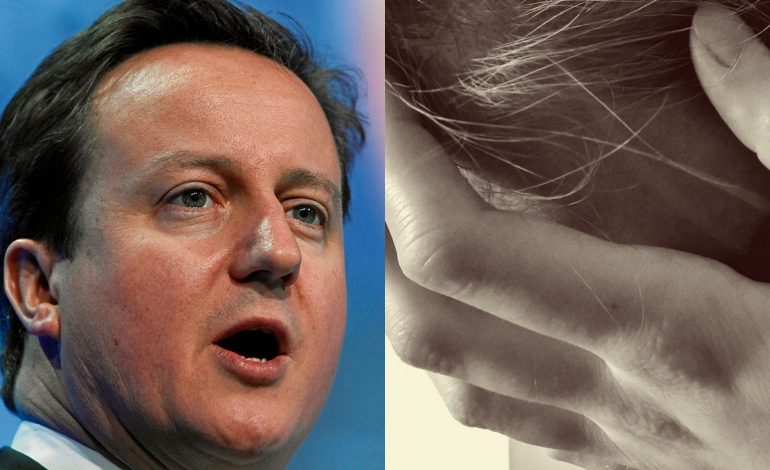 It’s been a good weekend for laughing at the Tories. It started with the preposterous idea of ‘Tory Glastonbury’ and peaked with David Cameron photobombing a couple at the Wilderness festival.

But while we’ve been distracted by Dave’s latest antics, his legacy is having a devastating impact across the country. Food banks are running low on supplies as demand soars due to parents trying to feed their children during the summer holidays.

Since 2010, when Cameron became prime minister, reliance on food banks has risen from 41,000 to 1.2 million recorded uses. The Trussell Trust runs 400 food banks across the country. In 2016/17, it provided 1,182,954 three-day emergency food supplies to people in crisis.

Meanwhile, Debbie Abrahams, MP for Oldham East and Saddleworth and Shadow Secretary for Work and Pensions, warned that potentially 7,000 children are going hungry in her constituency. Abrahams said:

These figures are shocking and it’s unacceptable that so many children are at risk of going hungry in our community and the Tories must take responsibility for this situation.

And as Abrahams points out, these figures are a direct result of Conservative government policies:

Child poverty is at a seven-year high due to their ideologically motivated austerity agenda, and wages are falling, leaving working families worse off.

So while Cameron is enjoying himself at a festival, families are struggling to put food on the table because of the policies he introduced. In particular, benefit sanctions and his flagship reform, Universal Credit, have caused misery for families. In April 2017, the Trussell Trust reported that, where the benefit had been rolled out, food bank use had doubled.

But it’s not just food bank use that shows the devastating impact Cameron has had on the country. In March 2017, a report from the Joseph Rowntree Foundation showed that child poverty was at its highest level since 2010. 30% of all children are now living in relative poverty; and two thirds are from working families.

This is a disgusting legacy. Under Cameron’s leadership, the poor got poorer and the rich got richer. Meanwhile, the Tories are planning their own festival to work out why they are not appealing to the young. But it’s simple. Stop punishing poor families. And stop destroying our services. They don’t need a weekend camping in a wheat field to work that one out.