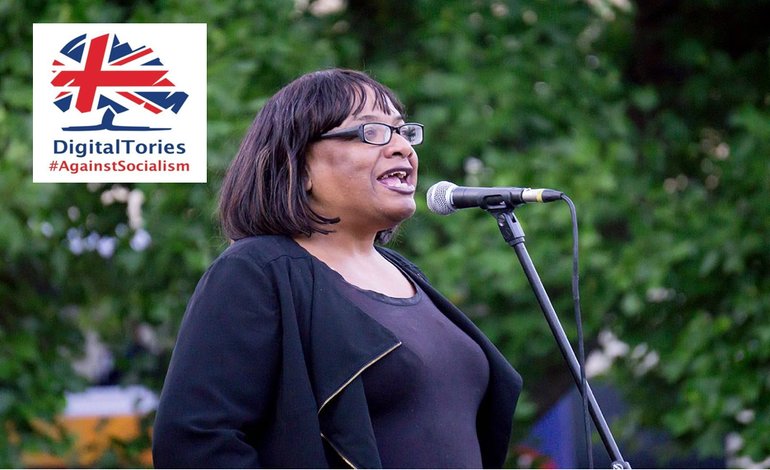 Quick thinking to change it for an innocuous pic & then pin… but no. Here's your original tweet. Own it. pic.twitter.com/0KBUe9Y9nP

Water melons are a common racist trope used against people of colour. It is an import from the US, as William Black writes for The Atlantic:

The trope came into full force when slaves won their emancipation during the Civil War. Free black people grew, ate, and sold watermelons, and in doing so made the fruit a symbol of their freedom. Southern whites, threatened by blacks’ newfound freedom, responded by making the fruit a symbol of black people’s perceived uncleanliness, laziness, childishness, and unwanted public presence.

The creation of people of colour as watermelon-munching dim apes is now well established in the UK too. Conservative Foreign Secretary Boris Johnson has written of the “watermelon smiles” of African people. And anyone in doubt should read the first reply Digital Tories received for the tweet:

This level of racist abuse is nothing new for Abbott. The Labour MP has endured ceaseless racial hostility since becoming Britain’s first black woman MP in 1987. Last December, a Conservative Party official shared a tweet of a fat ape wearing lip stick, captioned “Get the Diane Abbott look”. He added his own comment to the post, stating:

And the simplest internet search will reveal a treasure trove of racist taunts aimed at the Hackney MP.

The Digital Tories account clearly spotted it was in trouble. First, it deleted the tweet – but it was already screengrabbed. Then, it made its tweets private:

And finally, early on the morning of Friday 4 July, the account vanished. Soon to be replaced with this:

You should pass this to the Police. It is evidence of a hate crime.

The denial versus the evidence 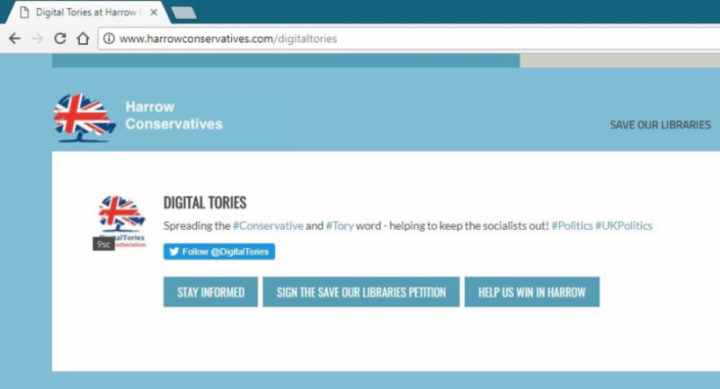 The Conservative Party and its press have been quick to associate the ravings of lone anonymous Twitter accounts to Labour leader Jeremy Corbyn. Yet, when an account linked to its own officials launches a racist attack on a Labour MP? *crickets.

– Make a complaint to the Conservative Party.

– Be vocal about this issue on social media.