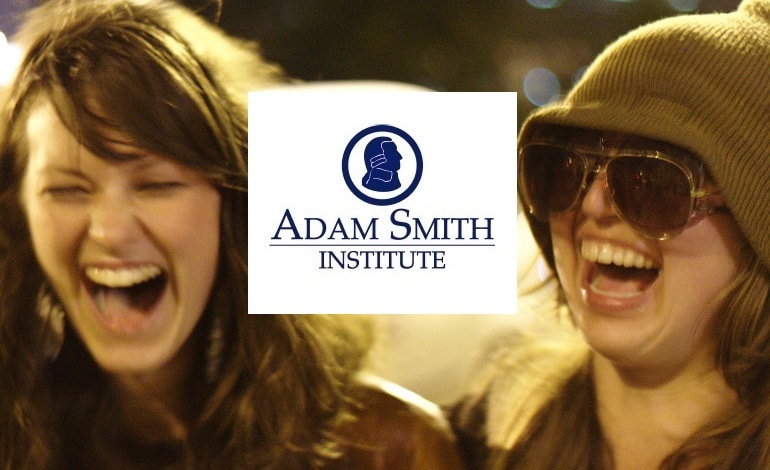 People are in hysterics after a privatised telecoms service screwed over the group that helped sell-off Britain. On social media, the executive director of the Adam Smith Institute (ASI) lamented a privatised British Telecoms (BT) trying to squeeze more money out of his organisation.

Insane – we've been getting nuisance calls for days and @bt_uk won't let us block them unless we pay for an upgraded phone plan!

The ASI has been instrumental in the privatisation of much of Britain’s infrastructure, including Royal Mail, the Forestry Commission and British Rail. The Westminster-based thinktank developed many policies implemented by Margaret Thatcher.

In 2015, the neoliberal group released a paper championing the impact of a privatised telecoms industry.

The ASI provides the ideological literature for deregulated, privatised ‘free’ markets. But privatisation enables profiteering corporations to chop up essential services and make customers pay for each part. Ironically, the ASI is now upset over BT doing exactly that to… the ASI.

OK, confession time people: who decided that the best way to prove the failures of privatisation of the telecoms system would be to prank call the Adam Smith Institute?

Privatisation of telecoms is a scam

In its 2015 report on telecoms privatisation, the ASI admitted that the financial benefits for customers have been “less tangible” than for shareholders. That’s because privatisation has fleeced ordinary Britons. Once telecoms are privatised, everyone still needs to make phone calls, use the internet and generally communicate with each other. So we end up renting the service back from corporations at ever higher costs.

That is evident from the huge profits of privatised companies like BT. In 2016, BT announced annual profits of £3bn, days after hiking prices for customers by up to 15%. Instead of reinvesting the money in a better deal for workers, consumers and developing the service, that money is going into the pockets of distant shareholders.

Given the ASI is consistently featured in all sections of the media, one would expect it to be an honest contributor.

But the organisation Transparify consistently ranks the ASI as “highly opaque”. Transparify’s 2017 report [pdf p8] shows that the ASI not only hides who funds its lobbying, but also who receives the funding. Its organisational structure is kept secret.

What is known is that the organisation has a history of stealth lobbying. According to TobaccoTactics, ASI has repeatedly lobbied against smoking regulation while receiving funding from the Tobacco industry. In at least one case, an actual tobacco industry employee reportedly wrote the anti-smoking section of an ASI report. So why would we trust ASI’s reporting on British Telecoms or any other industry it contributed to flogging off?

There are also some cracks in the institute’s “highly opaque” funding today. The ASI has a US counterpart. One of the donors Transparify found in a tax filing is the JP Humphreys Foundation. This foundation reportedly bankrolled the US Heartland Institute, notorious for spreading misinformation on climate change. Transparify says the purpose of the ASI’s US counterpart seems to be to receive tax-deductible funds from US donors. ASI then uses the money to influence politics in the UK.

If the ASI has nothing to hide, why wouldn’t it reveal who the donors are?

Thinktanks are often used as misinformation factories designed to place the interests of wealthy individuals above the public good. So it’s hard to feel sorry for a free-market thinktank when a privatised BT screws it over. Welcome to the neoliberal scam that is the British economy today. Your organisation helped deliver it.

– Complain about the BBC consistently featuring opaque thinktanks such as the ASI.