If these latest allegations are true, Trump's days as President may be numbered [VIDEO] - Canary 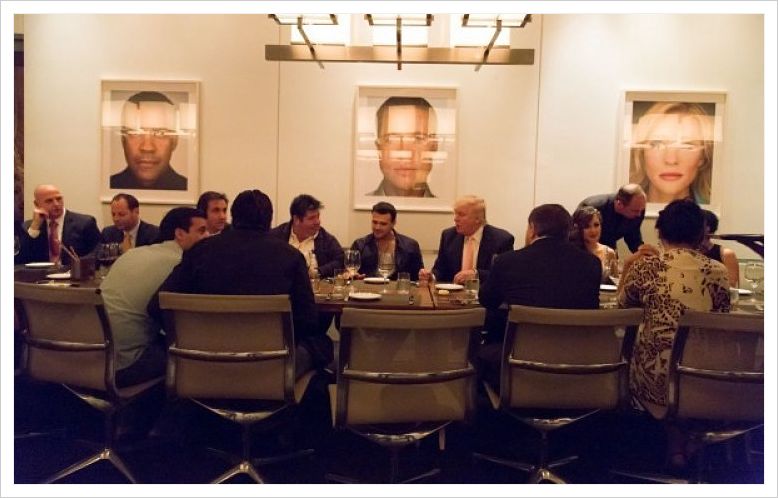 A lawsuit has just been issued that implicates US President Donald Trump. It alleges that he reviewed and authorised a story that claimed murdered Democrat staffer Seth Rich was responsible for leaking Democratic National Committee (DNC) emails. There is also an allegation that Trump wrote his eldest son’s press release after learning that details of his meeting with a Kremlin-linked lawyer were about to be published.

The article in contention

In a story published [archive] in May by Fox News on the Seth Rich murder, private investigator Rod Wheeler was quoted as saying: “My investigation up to this point shows there was some degree of email exchange between Seth Rich and WikiLeaks.” Indeed, the article claimed that Rich made contact with WikiLeaks through Gavin MacFadyen, now deceased, who was a director of WikiLeaks.

However, a lawsuit has been filed by Wheeler, alleging that the quotes attributed to him in the article were untrue. He also claims that the story was essentially ‘fake news’, published to distract attention from the investigations into alleged links between Trump and Russia.

The first page of the lawsuit quotes an alleged voicemail and text from Trump supporter Ed Butowsky. He boasts that Donald Trump had reviewed drafts of the Fox News story before it went live.

Specifically, Wheeler claims that the quote by him in the Fox News story saying that Rich had been in contact with WikiLeaks was untrue. Wheeler also says he was told that his comments were included in the story because Donald Trump wanted that.

He further alleges that, two days before the article was published, he’d received a text message from Butowsky saying:

Not to add any more pressure but the president just read the article. He wants the article out immediately. It’s now all up to you…

And on Sean Hannity’s Fox News show, Wheeler retracted his earlier claim that Rich’s laptop was in FBI custody and contained evidence of a WikiLeaks connection.

Rich’s parents went on to tell The Washington Post that:

We know that… the inspection [of the laptop] revealed no evidence of any communications with anyone at WikiLeaks or anyone associated with WikiLeaks.

However, Fox News maintains it is “completely erroneous” to suggest that it pushed the story to distract from the Russia investigation.

But there is another side to this story. WikiLeaks founder Julian Assange took the unusual step of offering a $20,000 reward for information about Rich’s killer. And here is Assange’s take on the matter:

And earlier this year, New Zealand-based cyber entrepreneur Kim Dotcom claimed he had evidence that Rich was the source of the leaks. He added that he had been in contact with the source since 2014. And he also promised to provide this evidence to US authorities if he was afforded safe passage.

I knew Seth Rich. I know he was the @Wikileaks source. I was involved. https://t.co/MbGQteHhZM

Meanwhile, did Trump write up his son’s press release?

President Trump also reportedly wrote a misleading statement for his son, Donald Jr, to give to The New York Times. This was in connection with a 9 June 2016 meeting with Russian lawyer Natalia Veselnitskaya. The meeting was arranged by publicist Rob Goldstone on behalf of Emin and Aras Agalarov. And the lawyer allegedly promised to provide dirt on Hillary Clinton’s presidential campaign.

In one of the emails to Trump Jr, Goldstone reportedly offered incriminating material on Clinton, which would: “be very useful to your father”. Trump Jr immediately replied: “I love it“.

This is obviously very high level and sensitive information but is part of Russia and its government’s support for Mr Trump.

After the meeting, Trump Jr stated that: “it quickly became clear that she [Veselnitskaya] had no meaningful information”. But that is irrelevant, as he does not deny wanting to receive that information.

Rinat Akhmetshin, a Russian-American lobbyist and former Soviet military officer, was reportedly present at the meeting. And Akhmetshin claims that Veselnitskaya had documents detailing the flow of illicit funds to the Democrats.

In July, The Canary published an article showing a video (reportedly shot in Las Vegas in 2013) of Donald Trump sitting with members of an Azeri-Russian family, the Agalarovs. Also present was publicist Goldstone. And Emin Agalarov documented his visit to the Trump International Hotel Las Vegas on Instagram.

From Russia with love

Perhaps unsurprisingly, Donald Trump is now reportedly examining ways in which he could pardon aides, members of his own family, and himself. Even though no one has been convicted or charged with a crime. And he is reportedly worried that the Russia allegations probes will mean his personal finances are examined.

Indeed, investigators with the House and Senate Intelligence committees and the Justice Department are examining whether the Trump campaign’s digital operation helped guide Russia’s voter targeting and fake news attacks in 2016.

That’s not forgetting the multiple business and other links between Trump (and his associates) and Russia.

Impeachment, meanwhile, could be a real possibility if these latest claims show President Trump lied.

Featured image via The Stern Facts