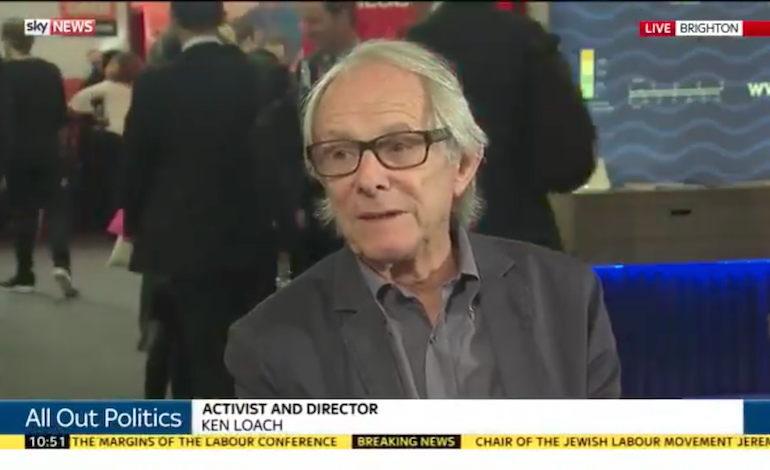 After quitting the Labour Party in the late 1990s, acclaimed film director Ken Loach is back. He now produces party political broadcasts for Labour and receives standing ovations from members at the party’s conference. Asked by Sky News why he’d come back to the party, Loach replied that it was because of the party’s:

determination to put the interests of people first, before corporate power.

I left the Labour Party when Blair was in his pomp and privatising everything he could see so I didn’t expect to be back here.

The funding from Blair was there. But the structure of things like the NHS, of course, changed and… profits were siphoned off the health service into private companies. The increase in PFI.

Director @KenLoachSixteen reveals what's 'brought him back' to the Labour party after leaving when Tony Blair was party leader #Lab17 pic.twitter.com/j9aTTwNl3j

PFI (Private Finance Initiative) contracts were introduced by John Major’s Conservative government in the early 1990s. New Labour then expanded their use. PFI contracts use private funding to pay for big infrastructure projects like building hospitals or schools as a way of keeping debts off the government’s balance sheet.

Corbyn’s Labour has already said it would refuse to sign new PFI contracts. But on 25 September, Shadow Chancellor John McDonnell announced a new policy on PFI. The Labour Party will, McDonnell said, review all existing PFI contracts and bring them in house “if necessary”. He explained why:

The scandal of the Private Finance Initiative has resulted in huge long-term costs for taxpayers while providing enormous profits for some companies. Over the next few decades, nearly £200bn is scheduled to be paid out of public sector budgets in PFI deals. In the NHS alone, £831m in pre-tax profits have been made over the past six years. Never again will this waste of taxpayer money be used to subsidise the profits of shareholders, often based in offshore tax havens.

The PFI review is far from the only policy announced at the party’s conference to put people before corporate power. Labour has also, for example, proposed a cap on credit card interest. But PFI was always a powerful symbol of New Labour’s capitulation to corporate interests at the expense of people. And McDonnell’s announcement marks a clear break with the New Labour past, as Loach explains:

I think there’s an ideological shift, and that’s to be welcomed.

Loach is not the only person flocking to Corbyn’s Labour. In 2016, Labour’s income from membership fees leapt by 50% [paywall] from the previous year, leading the party treasurer, Diana Holland, to announce on 26 September that the party was debt-free in 2016 for the first time since the 1960s. Old members are returning. Young people are backing the party. Because if there’s one thing the British political system has desperately needed over recent decades, it’s a mainstream party brave enough to take on corporate power.