As the humanitarian crisis escalates in Yemen, the UK has a lot to answer for - Canary 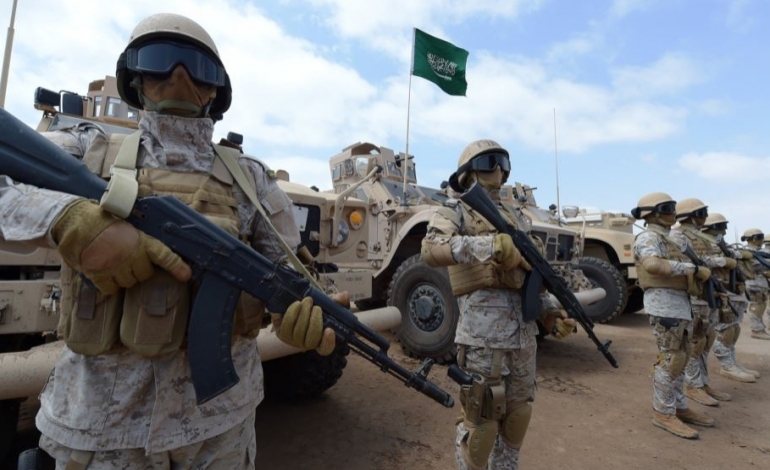 The UN has announced that Yemen is currently experiencing a humanitarian crisis like no other. 17 million people in the country are going hungry, with an estimated 7 million at risk of famine. This is due to a Saudi-led blockade. Saudi military forces have prevented fuel supplies and aid from entering the country. But the UK is playing a huge part in this escalating crisis, as it continues to supply weapons to Saudi Arabia.

Speaking to The Canary, Andrew Smith of Campaign Against Arms Trade (CAAT) said:

The blockade has exacerbated one of the worst humanitarian crises in the world. It is a brutal collective punishment against the people of Yemen, and has put millions of lives at risk. Despite this, and despite the atrocities its forces have inflicted on Yemen over the last two and a half years, the Saudi regime has been able to count on the uncritical political and military support of Theresa May and her colleagues. If Downing Street wants to do what is right for the people of Yemen then it must stop the arms sales and end its complicity.

In a press release about its latest statistics, CAAT says:

In the two years leading up to the war, the UK licensed £33m worth of ML4 arms (ML4 includes bombs, missiles and countermeasures). In the period since [the war] began the government has licensed £1.9bn.

This is an increase of over 5000%. The fear is that Saudi-led military forces may be using such weapons to destroy vital infrastructure in Yemen, including hospitals. Commenting on the statistics, CAAT’s Sam Walton said:

These new figures are a disappointment but not a surprise. The British government has prioritised selling weapons to Saudi Arabia over any concerns about human rights or the deliberate targeting of civilian infrastructure by the Saudi Arabians in Yemen.

To see this increase in bombs and military aircraft sales at a time when Saudi Arabia is unleashing such utter devastation in Yemen is truly staggering. The United Nations has accused Saudi-led forces of killing hundreds of children and destroying schools and hospitals, yet the UK government seems to see the war as a business opportunity. Not only are these sales fuelling the ongoing conflict, they are also sending a message of political support to the brutal Saudi regime.

The dire situation in Yemen

The UN is clear about how serious the situation is in Yemen right now. UN aid chief Mark Lowcock says the blockade has to be lifted. If it isn’t, then the country will experience:

The largest famine the world has seen for many decades, with millions of victims.

Jamie McGoldrick, the UN’s aid coordinator in Yemen, said the “humanitarian impact” of the war is “unimaginable”. But perhaps the British government should try to imagine the impact that its trade relations with Saudi Arabia are having. Save the Children has warned that 50,000 Yemeni children could die of starvation and disease by the end of the year.

The government can’t make excuses for its deplorable actions. Selling weapons to Saudi Arabia is likely to only fuel the war in Yemen and, in turn, escalate the humanitarian crisis. We have to hold our politicians to account.

– Read more about the situation in Yemen.