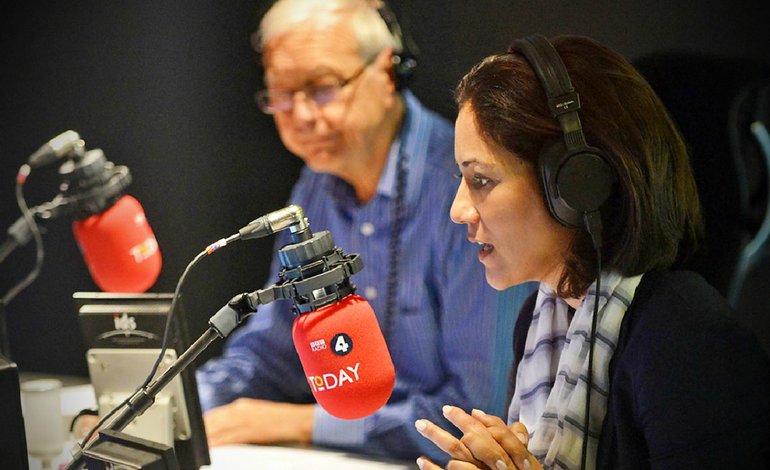 People who listened to Thursday morning’s Today programme on BBC Radio 4 heard Shadow Chancellor John McDonnell set out his five budget priorities. But they noticed a gap between what McDonnell said on the show and how the show reported it on Twitter.

During the interview, McDonnell set out his five demands for budget day on Wednesday 22 November. The Shadow Chancellor called for an ’emergency budget’ for the public services, and an immediate end to ideological austerity. He also unveiled his plan for £17bn of additional spending. His stimulus package would focus on housing, health, social care and public services. When asked how we would fund it, McDonnell called for a reversal of the government’s planned tax cuts for the wealthy:

We looked at how we could raise that, and we said ‘one way is that the government has got to stop giving tax cuts to the corporations and the rich’…

At the moment… we’re talking about £76bn being given away… during the life of this parliament.

McDonnell argued such tax cuts were inappropriate while public services were failing.

But the show claimed on Twitter that McDonnell said he would fund the increased spending through “tax rises”. The show’s Twitter account, which has almost 600,000 followers, also failed to specify which groups would be targeted.

Some listeners accused the show of attempting to mislead voters into believing Labour would raise their taxes.

Is there any particular reason why you selectively edited what John McDonnell actually said? @bbc5live #r4today pic.twitter.com/o8Jbxa0sjw

You now have 280 characters. Please use them to qualify things like "tax rises" – who will be affected by them – it's not everyone. Clear manipulation.

And some began filing complaints with the broadcaster over the alleged misreporting.

The Canary contacted the BBC by phone and email to ask whether the broadcaster stood by the tweet, or planned to correct it. But the BBC declined to comment on the matter.

– Follow the work of Media Lens to greater understand misreporting and misrepresentation in British media.

– Support the work of independent media outlets to gain a broader context for stories in the mainstream media.