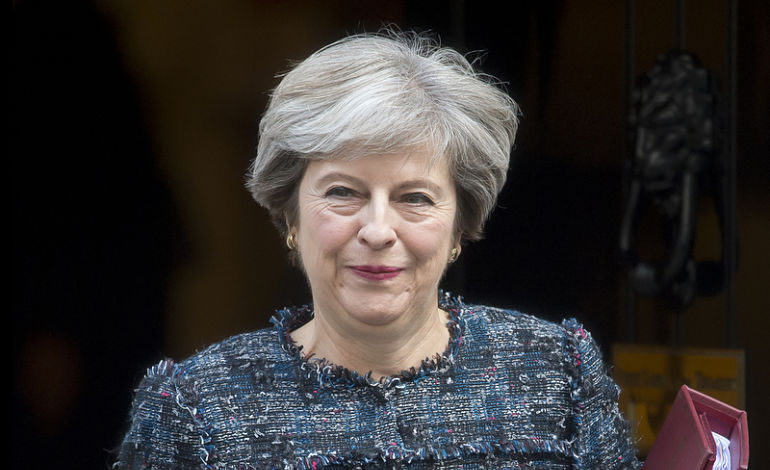 We’ve all been celebrating Donald Trump’s planned trip to the UK being cancelled. But before we put away the placards and banners, there’s another world leader who’s visiting in the next few weeks. And his visit deserves an even bigger response than Trump’s. Because many lives depend on it.

Mohammed bin Salman, the Saudi Arabian Crown Prince, is set to become the next leader of Saudi Arabia. And his visit to the UK was confirmed in December. Human rights groups have written to Theresa May calling for the visit to be cancelled because of Saudi Arabia’s continued bombing of Yemen.

It’s all about the arms trade

Since the start of Yemen’s civil war, arms sales to Saudi Arabia have increased by 457%. According to the United Nations, at least 10,000 people have been killed in the conflict and 3 million people have been displaced.

And it says that:

Former defence secretary Michael Fallon was very clear that arms sales are more important than deaths or human rights. He criticised MPs for questioning arms sales to the regime:

I have to repeat, sadly, to this committee that obviously other criticism of Saudi Arabia in this parliament is not helpful.

And if the situation in Yemen wasn’t bad enough, there are the human rights issues in Saudi Arabia itself. According to Amnesty International:

The authorities severely curtailed the rights to freedom of expression, association and assembly, detaining and imprisoning critics, human rights defenders and minority rights activists on vaguely worded charges. Torture and other ill-treatment of detainees remained common, particularly during interrogation, and courts continued to accept torture-tainted “confessions” to convict defendants in unfair trials.

Since July 2017, Saudi Arabia has been executing five people a week on average.

But none of this is stopping Theresa May from welcoming the Crown Prince with open arms. Writing for Talk Radio, Andrew Smith from CAAT stated:

And this is why it’s so important that we mobilise against the upcoming visit. We have to let the government know that we will not tolerate it putting arms sales ahead of life and human rights. Trump cancelling his state visit showed the power of the threat of mass protest. We can do it again.

– Support CAAT and find out how you can get involved in protesting the visit.

– Write to your MP about the visit.