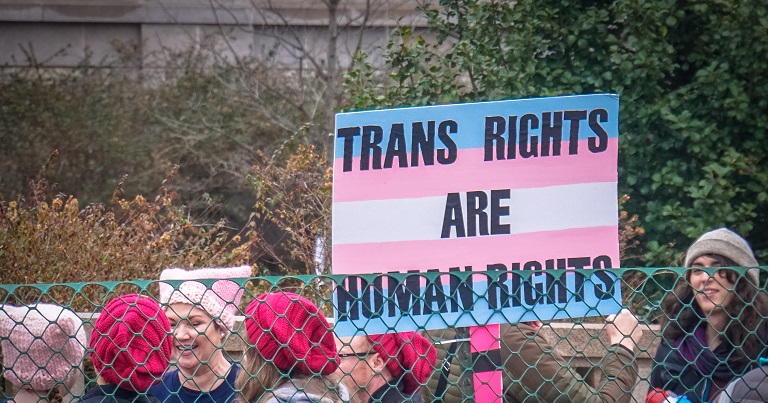 Indonesian police have arrested and detained twelve transgender women, forcing them to behave “like real men”. The arrests came about after a series of weekend raids on beauty salons in the province of Aceh.

The women have been subjected to humiliations ranging from having their hair shaved off, to being forced to run and chant until their “male voices” come through. The women will be held for three days. They have been made to wear men’s clothes and will have to undergo “counselling and coaching” until they conform to their perceived gender.

It’s going well and now they are acting like real men.

Indonesian transgender women are commonly referred to as ‘waria’, a term derived from the words ‘wanita’ (woman) and ‘pria’ (man). While Indonesian society is generally tolerant of the LGBT community, the Indonesian Psychiatric Association last year classified transgender people as “persons with mental disorders”.

The raids on the beauty salons were part of “Operation Anti Moral Illness”. Police chief Surinata claimed that mothers had complained about the behaviour of the transgender women, so they decided to act upon that information.

Human rights groups are outraged by the arrests and forced ‘re-education’ of the detainees.

The police’s so-called ‘re-education’ of transgender people is not only humiliating and inhumane, it is also unlawful and a clear breach of their human rights. Such incidents must be promptly and effectively investigated.

Attacks on LGBT communities in Indonesia have been escalating over the last few years. A law was passed in 2016 banning content on broadcast media deemed to ‘encourage’ LGBT behaviors in children. This latest spate of arrests leaves transgender people ever more vulnerable in a social climate that is becoming increasingly dangerous.

– Read this report on human rights in Indonesia.