There were emotional scenes at parliament yesterday. But most of the media didn't care. [VIDEO] - Canary 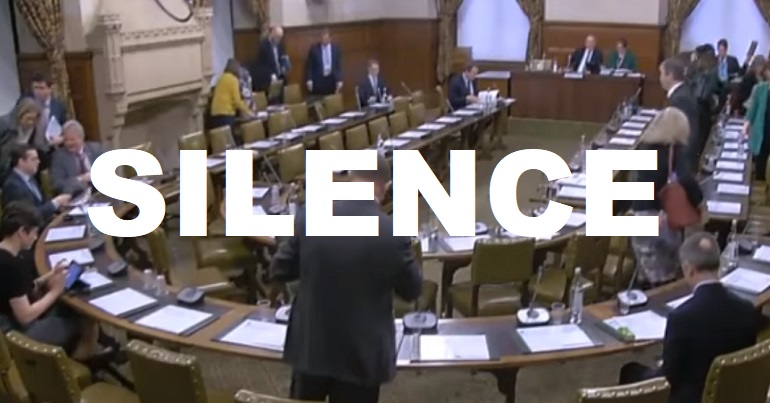 On Wednesday 31 January there were emotional scenes at parliament, as the reality of life for a large section of society was brought into sharp focus. But only The Mirror bothered to report on it.

As The Canary previously reported, on 31 January Labour’s Laura Pidcock held a debate in parliament on the Personal Independence Payment (PIP). It highlighted emotional stories about the distress the PIP process causes sick and disabled people. But Pidcock said the Conservative MPs’ attitudes at the debate “astounded” her. And two activists from Disabled People Against Cuts (DPAC), Paula Peters and Keith Walker, made their feelings clear at the end. Listen:

Peters and Walker also confronted the Minister for Disabled People. And they told part of their story to The Mirror. But aside from the tabloid, no other outlet picked up on it.

Nothing about us, without us

So The Canary spoke to Peters. And here’s what she had to say:

Yesterday’s debate was exceptionally painful to listen to, and anger-inducing.

Seeing Tory MPs like the former Minister for Disabled People, Justin Tomlinson, laugh, smirk and play on his phone and ipad as MPs recounted terminally ill cancer patient stories of being denied PIP and dying shortly after was horrendous. It was totally disrespectful. Not only to the claimants whose last weeks on this Earth were having the additional distress of battling the DWP [Department for Work and Pensions], but to their families who mourn today. His denial of the PIP statistics, which were often the ones the DWP used, showed how out of touch these MPs are with the reality of these horrendous policies.

They show disdain to us every day. And they simply do not care about the decisions they make having horrendous, life changing impacts for us. Sarah Newton, Justin Tomlinson, Esther McVey and Theresa May can deny it all they want. But the UK is the first state to be formally investigated under the UN because of the neoliberal Tory austerity agenda that has caused a ‘human catastrophe‘ on disabled people’s lives. The first state to be found guilty of ‘grave’ and ‘systematic’ human rights violations towards disabled people.

Disabled people are dying due to the the impact of the cuts, many dying in dreadful distress. We are in an abusive relationship with the DWP, we can’t leave it or get away from it due to financial insecurity. The decisions the DWP make cause life or death decisions for us.

Confronting the Minister for Disabled People was needed. We need to continue to do that. To hold them to account for their horrendous actions, but ultimately to get them out of government.

Between December 2011 and February 2014 nearly 90 people a month were dying after the DWP told them they were fit for work.

590 cases of people taking their own lives have been linked to the Work Capability Assessment.

So Peters and Walker are right: people are dying because of government policy. Unfortunately for Conservative politicians and the media, this appears to be an uncomfortable truth.