A Conservative MP just outed his own government by asking it a £1.3m question [OPINION] - The Canary 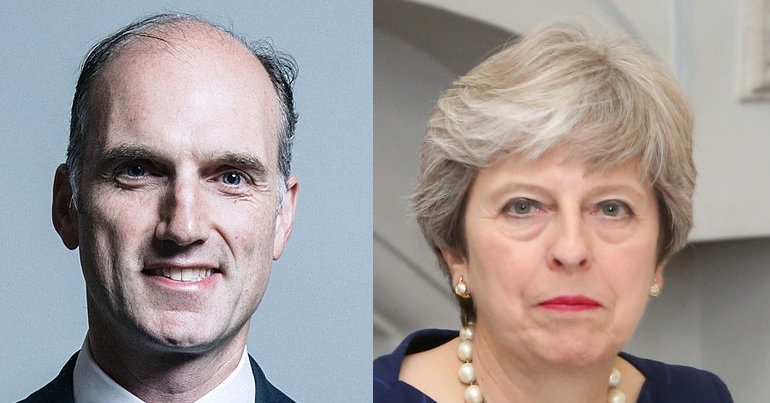 Given the consistently sordid state of UK foreign policy, there’s generally very little war-related news that comes as a surprise to me. The government has, however, just managed to dazzle me with its latest admission.

And it’s thanks to Conservative MP Leo Docherty that my jaw hit the floor. He managed to ask the right question about Yemen’s ongoing war for all the typically cynical reasons. But he got a £1.3m answer from the government that truly says it all.

The Aldershot MP, who sits on the Committees on Arms Export Controls and the Defence Committee, submitted a written question to the government on 24 January. He asked the Foreign and Commonwealth Office (FCO) what steps it was taking to stop the Houthi rebels in Yemen getting hold of ballistic missiles.

In response, FCO minister Alistair Burt confirmed the office is taking action to stop the Houthis – who overthrew Yemen’s president in 2014 – getting such arms. Burt said British taxpayers are forking out £1.3m to the UN “to counter weapons flows into Yemen”. And he told Docherty the reason why it’s so important to keep weapons out of Yemen:

This threatens regional security and prolongs the devastating conflict.

But this exchange, which conveniently allowed Docherty to appear prudent and Burt diligent, revealed a mind-boggling fact. With one hand, the government is stopping weapons getting into Yemen, at a cost of £1.3m. With the other hand, however, it’s making certain that weapons enter Yemen through billions of pounds’ worth of arms sales to Saudi Arabia, which has been brutally bombing the country since 2015.

The UK (ie, taxpayers) is actually providing money to help stop arms flows to Houthis in #Yemen. While it’s providing billions in arms to the other side in Saudi Arabia. https://t.co/km2DsF3A7o pic.twitter.com/TSwgMV2omn

There’s no logic in that. But then Burt doesn’t have the best record in logical thinking. In 2017, for example, MPs asked Burt whether his government would recognise Palestine as a state, when it was arguably in the best interests of the Palestine-Israel peace process to do so. Burt refused, arguing that the government would wait until it “is in the best interests of prospects for peace and the peace process” to do so. Hmmm.

No wonder people doubt the sincerity of this government’s care for the Yemeni people. Because its actions suggest that ending the conflict in Yemen is not its primary concern. No, it’s just making sure that whoever it deems to be the ‘best man’ wins. And thanks to this back-patting exercise between Docherty and Burt, that’s now abundantly clear.

– Sign the petition calling on Theresa May to cancel the upcoming visit from the Saudi Crown Prince.

– Take action against the prince’s visit with Campaign Against Arms Trade.