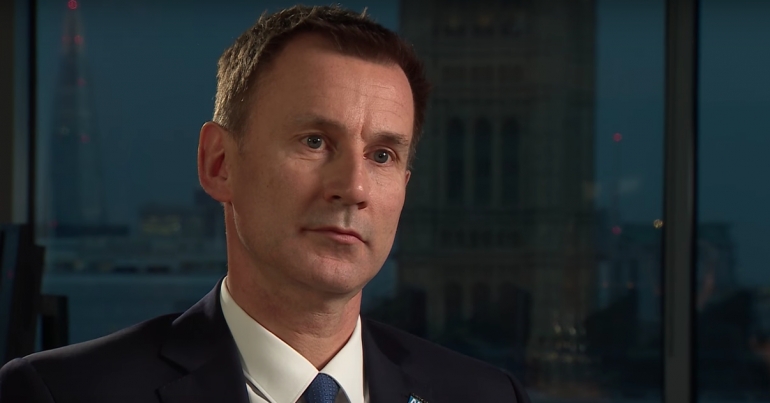 Since 2010, NHS A&E services have been required to see 95% of patients within a four-hour window. NHS England has now scrapped this target until April 2019. And it makes Jeremy Hunt’s management of the NHS look increasingly weak.

A major change to A&E services

Contract sanctions for performance standards are currently suspended. We propose to extend this until April 2019.

The NHS has long been failing to meet this four-hour target, as this graph shows: 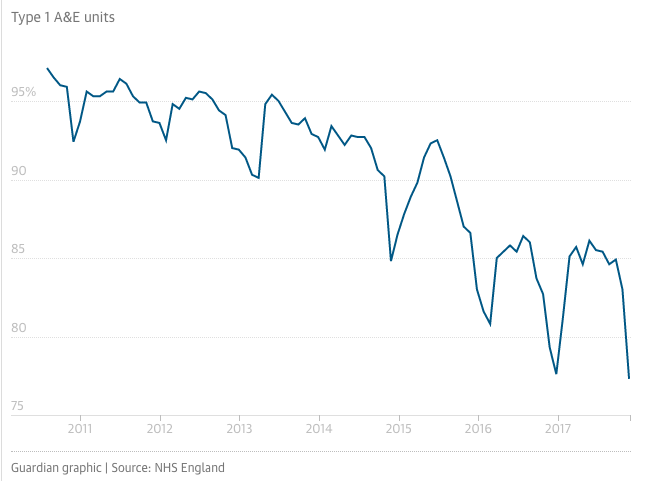 But the fact that NHS England is now throwing in the towel and admitting it cannot be achieved is particularly damning.

This is the first time we have had to accept that the NHS will not meet its key constitutional standards.

The NHS will not be able to improve performance against those targets. If we want to provide quality of care, we need the right long-term financial settlement.

The Health Secretary recently revealed plans to eliminate cases of suicide in NHS mental health trusts. As The Canary reported, this is known as a ‘Zero Suicide’ policy. The Samaritans has said this pledge is commendable. But many people experiencing a mental health crisis rely on A&E services. As such, long waiting times can be fatal.

Of course, the scrapping of the four-hour waiting target will affect everyone who relies on A&E services. Hunt has tried to deny a crisis in the NHS. But since he has been Health Secretary, many hospitals have been forced to close their walk-in centres and cancel operations.

This latest change to A&E services is further evidence of Hunt’s failings as Health Secretary. Hunt has made promises to eliminate suicide and add more nurses to the workforce. This will be difficult to achieve with further austerity cuts. And that’s why the chronic underfunding of the NHS has to stop.