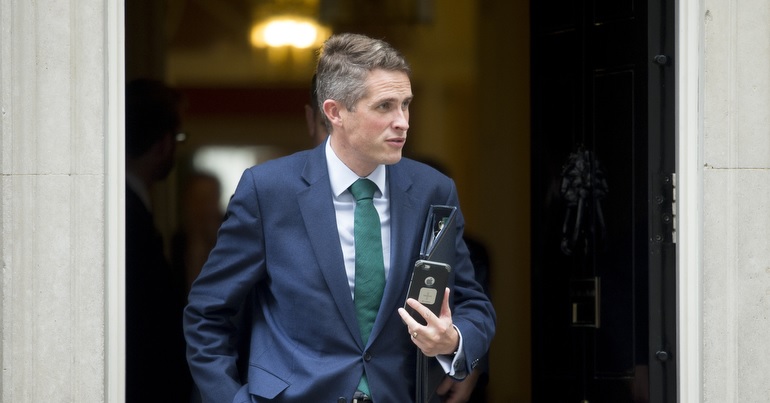 The Ministry of Defence (MoD) has censored a document that suggested it was assassinating people around the world. It is now under pressure to come clean about its military operations after it removed the offending passage from its Joint Doctrine on drones.

The MoD published its doctrine on drones in September 2017. In the report, it acknowledged that critics have raised concerns about the legality of unmanned and remotely piloted aircraft missions and their potential for misuse. It explained that arguments against drones:

may also arise from the recent UK, and other states, practice of targeting suspected terrorists outside of the armed conflict itself and the meaning and application of a state’s right to self-defence.

So in the September report, the MoD acknowledges that it is targeting people outside of war zones. Defence Secretary Gavin Williamson also appeared to back this up in an interview in December 2017. He said the UK must make sure that as terrorists “disperse across Iraq and Syria and other areas, we continue to hunt them down”.

The passage was missing, however, in the updated doctrine the MoD uploaded just before Christmas.

The MoD published the revised report following questions about the admission from human rights charity Reprieve. SNP Defence Spokesman Stewart McDonald also wrote to the MoD on 11 December 2017 about the issue. McDonald received a response on 17 January from Defence Minister Mark Lancaster saying that the September document contained “erroneous drafting”. Lancaster claimed that the report had “misleadingly” noted that MoD policy was to use drone strikes outside of armed conflict.

The Government appears to be in complete chaos over this… we had a long overdue, official document saying the government have a ‘practice’ of killing people outside of armed conflict zones. And now we have a minister claiming there is no policy at all and their own document was ‘misleading’.

The public has a right to know the Government’s policy on taking lethal strikes in our name.

Gibson is, of course, right. The public does have a right to know what the government is doing. Officials are essentially the “judge, jury and executioner” in drone operations. And the US and UK are using this immense power to eliminate foreign citizens, and their own. Furthermore, leaks have revealed that drone strikes have an appalling record for accuracy; during one five-month period of a US operation in Afghanistan, for example, almost nine out of ten people killed in air strikes were not the actual target.

For these reasons and more, the MoD must come clean about its assassination programme. Because the power this technology provides is too great to be wielded in the dark.

– Support the Stop the War Coalition and Campaign Against Arms Trade.