Just as The Mail says you can trust May, she gets busted for misleading parliament. Again. - Canary 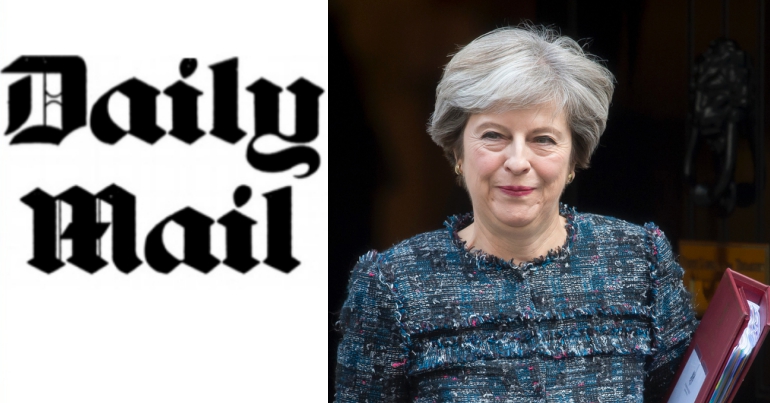 The Daily Mail believes we can trust Theresa May. But the paper’s claims seem somewhat dubious when May has just been found to have misled parliament. Again.

According to The Mail, it’s “refreshing to have a Prime Minister whose word we can actually trust”. Although it seems the UK Statistics Authority might disagree.

During Prime Minister’s Questions (PMQs) in January, May answered a question about Accident and Emergency waiting times. She tried to use figures from Wales to show the failings of its Labour government. But David Norgrove, chair of the UK Statistics Authority, said the figures were “not valid”.

In Wales, the wait is counted from the time a person first registers at A&E. But in England, the figures are measured from when a patient first sees a doctor. Welsh First Minister Carwyn Jones wrote to the UK Statistics Authority about the claim, stating that:

Selective misuse of statistics like this does not allow for a fair debate on the NHS.

And Downing Street said it accepted the findings.

But this wasn’t the first time May has been accused of using “misleading” figures during PMQs. In December 2017, May used figures about homelessness that she had previously been reprimanded for by the UK Statistics Authority. May claimed that:

The UK Statistics Authority had told May to stop using the figure in February 2017. It also said:

This claim was found to gloss over the fact that this was only the case under a narrow definition of homelessness; to include only those who authorities are obliged to help. The number did not take into account homeless people who were given assistance under other schemes.

‘A woman of her word’

None of this has stopped The Daily Mail describing May as “a woman of her word”. The basis for this claim appears to be that she’s said twice that Britain will leave the customs union and the single market after Brexit.

Meanwhile, the UK is facing a crisis in the NHS, and homelessness is at an all-time high. It would appear that the paper’s faith in a woman who has repeatedly misled parliament might be a little misplaced.