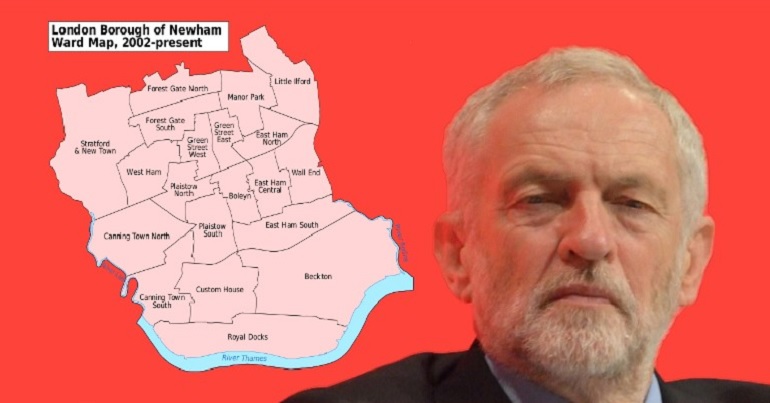 A Labour council is under growing pressure after the latest research into child poverty revealed it has the third highest rate in England. And campaigners say the analysis, when coupled with other factors, shows the local authority’s “incompetence”.

The End Child Poverty Coalition’s latest research has placed the Labour-controlled Newham Borough Council in London third highest in England for the proportion of children living below the poverty line, at 43.21%. The coalition defines poverty as when a family’s median income is below 60% of the national average, after housing costs. And as The Newham Recorder reported, 36,780 Newham children live in poverty, the highest number in any London borough.

But the figures should not be viewed in isolation. Because in Newham, along with high child poverty figures:

Also, according to Public Health England’s latest estimates [pdf, p4], compared to the rest of England, Newham has “significantly worse” rates of:

As The Newham Recorder reported, a council spokesperson pinned the blame for the quality of life in its borough on the Conservative government, saying it was trying:

to blunt the worst of this Conservative government’s approach.

We are tackling poor housing conditions through our private rented sector licensing scheme, investing in our children through our free school meals scheme which gives children a nutritious meal and saves parents and carers an estimated £437 a year per child.

But campaign group Focus E15 disagrees. The group started in 2012 when a group of 29 mothers were evicted from the hostel, Focus E15, and they were all eventually rehoused after pressuring the council through petitions and occupations. And it told The Canary:

Focus E15 campaigners have been speaking to Newham residents on our Saturday street stall for four years now, so sadly these shocking figures do not surprise us.

The housing crisis is affecting children who are constantly moving between schools, not attending school for weeks on end and having their education disrupted whilst their parents are forced into housing insecurity. Children are loosing friendships and connection to their families and this adversely effects their mental health. Over the last four years, our eyes have also been opened to the gross financial incompetence of Newham Labour Council, led by the corrupt Mayor Robin Wales.

As with many local councils, voter turnout in local elections is below the general election average. In the 2014 elections, Labour held on to a majority, winning all of Newham’s 60 seats but with a vote share [pdf, p9] of 24.5% of the total electorate [pdf, p272]; only 0.2% more than the Conservatives got in the 2015 general election.

Does an MP elected with such a small share of the vote have a mandate to make decisions on behalf of the whole constituency?

The same could be said of Newham Labour. So with this in mind, and local elections taking place in May, Focus E15 said:

This is a Labour council wedded to debt servicing, cutting services, and carrying out social cleansing whilst leaving the three tower blocks on Carpenters Estate empty. Newham residents deserve so much better than this, and a change of council leadership is now desperately needed.

Whatever the result of May’s local elections, it is clear something is very wrong in Newham. The issues facing residents need to be addressed, and quickly.

This article was updated at 11am on Wednesday 7 January with some additional information about Focus E15.

Featured image via Rwendland/Wikimedia and Wikimedia