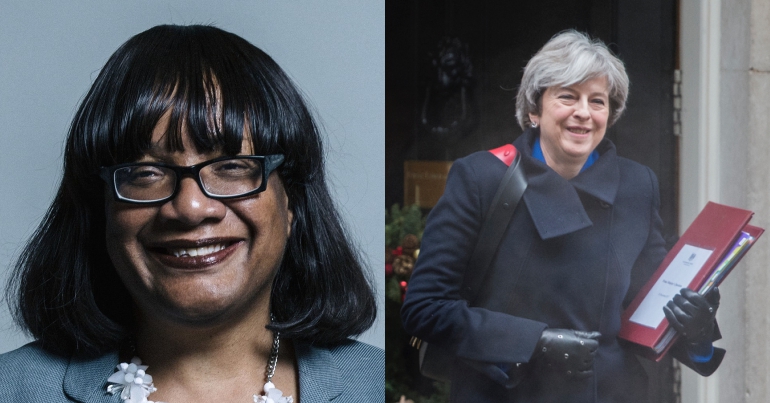 Diane Abbott, the MP who received more abuse than any other politician during the 2017 general election campaign, has spoken out against Theresa May’s proposed new law to protect politicians. Abbott described the proposals as “misguided” and “misconceived”.

May used the 100-year anniversary of some women getting the vote to announce the new law. She plans to create an offence of “intimidation in public office”; an offence that will carry a prison sentence of up to 12 months.

But her plans have been widely criticised. As one human rights lawyer has pointed out, a large range of offences already exist to prosecute offenders. And it’s a piece of legislation that even the police don’t want.

Almost half of all the abusive tweets sent to female MPs during the general election campaign were targeted at Abbott. She said:

But writing in The Guardian on 6 February, Abbott was clear that she does not support May’s new plans. In particular, she does not understand why May is focusing on one group of people:

It is unclear why MPs or other elected representatives should have special treatment in law to protect them… The prime minister has failed to identify any new category of offence that is not currently illegal. Instead, she is focusing on a tiny new category of victims, and seeking to privilege their protection over the safety and security of all our citizens. In a democracy, we must all have the right to protection from crime, not just an elite.

Time for a rethink

Given that an MP who received so much abuse has called May’s plans “misguided”, it’s time for a re-think. This is a chilling piece of legislation that will be used to crack down on free speech, while doing nothing to help stop the genuine abuse that exists.