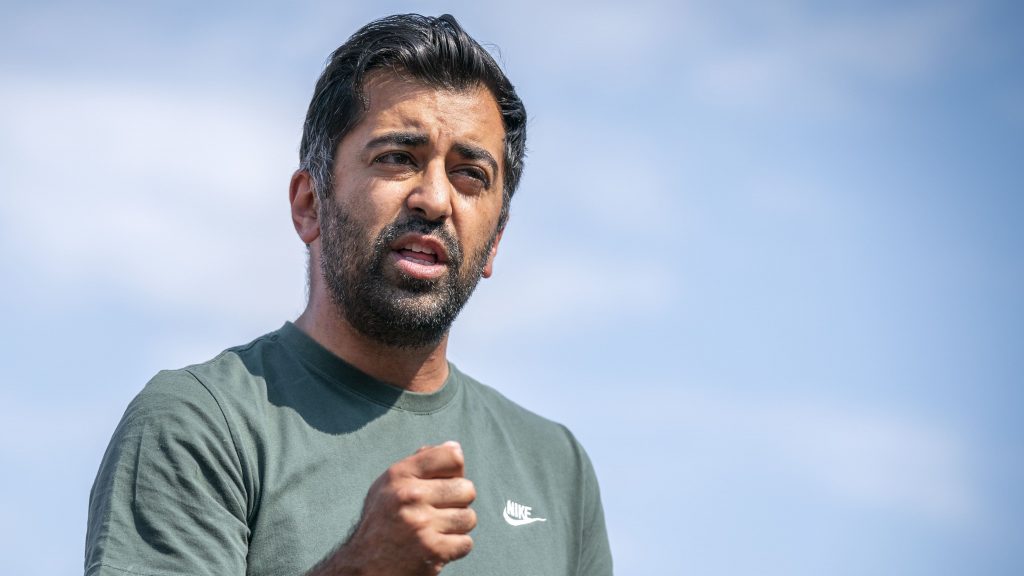 Scotland’s Health Secretary has accused Foreign Secretary Dominic Raab of “having pina coladas by the pool” instead of making a call to help interpreters stranded in Afghanistan.

Raab has come under pressure this week after it emerged he was on holiday while Afghanistan fell to the Taliban.

But Prime Minister Boris Johnson has said he still has confidence in the minister.

On August 13, two days before the capital was seized, Raab was told by officials to make a call to Afghan foreign minister Hanif Amtar about repatriating interpreters who helped allied forces during the war, but the task was delegated to junior minister lord Goldsmith.

It has since emerged the call was never made.

Speaking at a rally in Glasgow, Scotland’s Health Secretary Humza Yousaf took aim at Mr Raab and the UK Government.

Not one single syllable of regret by any UK Government.

Not one single ounce of compassion from the UK Government even now at the most desperate time of need for our Afghan brothers and sisters.

Shame on each and every one of those political leaders who have abandoned the Afghan people.

All the while we have a Foreign Secretary who is more occupied with having pina coladas by the pool as opposed to picking up the phone to help Afghan interpreters who helped our soldiers there in Afghanistan.

Shame on each and every one of them.

The Health Secretary described himself as “apoplectic” about the situation in Afghanistan, but added:

As angry as I may be, and I say that on this typically Scottish day as the rain pours down and I see dozens of people, dozens of Glaswegians from all colours and races, religions, non-religions, standing here today in solidarity with the Afghan people, and I am reminded that there is good in the world.

This week, the Prime Minister pledged to take in 20,000 refugees from Afghanistan, with up to 5,000 to be allowed into the UK in the first year.

But Yousaf attacked the scheme and the UK Government, saying:

If you’re looking for sanctuary, then Scotland can be your home.

If you’re looking for a place for refuge, then Scotland can be your home.

I call on the UK Government to show some basic humanity.