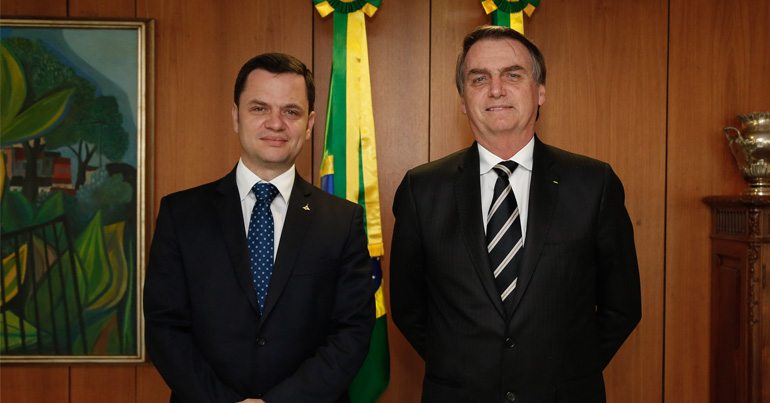 Torres used to be former president Jair Bolsonaro’s justice minister, and he lately served as security chief in the capital. Augusto, meanwhile, led the military police in Brazil. Both were fired after thousands of Bolsonaro supporters stormed the presidential palace, Congress building and Supreme Court on 8 January.

Supreme Court judge Alexandre Moraes said Anderson’s failure to take swift action against the rioters is “potentially criminal”. Torres was on vacation in the US as Bolsanaro’s supporters ran amok. He denied any complicity in the events and said he will return to Brazil and defend himself. Judge Moraes also issued an arrest warrant for Augusto, with some news reports saying he is already in custody.

“Brazilian democracy will not be struck, much less destroyed, by terrorist criminals,” the judge wrote in his decision.

Bolsonaro himself is also in the US. At the time of the riots, the former president was in a Florida hospital receiving treatment for intestinal problems stemming from a stabbing in 2018. He has been in the US since December 2021, missing the inauguration of his successor Luiz Inacio Lula da Silva, or Lula.

Bolsonaro’s supporters are preparing for more

Brazilian police have arrested more than 1,500 people so far. On 10 January, though, they said they’d released 599 “mostly old people, people with health problems, the homeless and mothers with children”. Police did this on ‘humanitarian’ grounds. Police also said that 527 people remain detained while they “processed” the others.

Buses took those released to a station from where they can return to their home regions. From one bus, passengers shouted “Victory is ours!” while others put their arms outside the vehicles with clenched fists. Some also made the “V” victory sign. Police took other detainees to police stations before transferring them to the Papuda prison complex.

Now we’re going to rest and prepare ourselves for another battle because if they think they will intimidate us, they are very wrong,

Brazil’s justice minister Flavio Dino said the courts have issued another roughly 50 arrest warrants. These are for people not caught in the act of pillaging and for others not present but accused of organising the attack.

Lula condemned “terrorist acts and criminal, coup-mongering vandalism” when he returned to work at the pillaged presidential palace on 9 January. But he said the following day that “Brazilian democracy remains firm”.

The spectre of Trump

Bolsonaro has alleged his electoral defeat was due to a conspiracy against him by Brazil’s courts and electoral authorities. His proclamations – and the subsequent invasion of the symbols of these authorities – bear a strong resemblance to the end of Donald Trump’s reign as US president.

American authorities are still investigating Trump for his possible role in the 6 January 2021 Capitol riots in Washington DC. To date, nearly 1,000 people have been charged for their role in the riots.

Featured image via Palácio do Planalto/Flickr