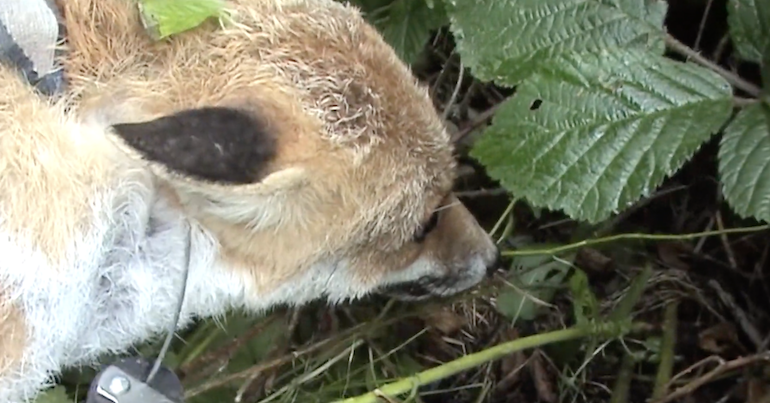 Parliamentarians debated whether to ban wildlife-killing snares on 9 January. As MPs pointed out during the session, there’s widespread approval among the British public that the government should prohibit the devices. Indeed, the debate happened because a petition on banning snares reached the 100,000 signature threshold that can trigger parliamentary discussions.

Nonetheless, the government rejected the demand to take action. The Department for Environment, Food and Rural Affairs’ Trudy Harrison merely promised to “keep an open mind” about bringing in restrictions in England in the future.

Snares should be banned

The petition that triggered the debate called for a ban on the sale, use, and manufacture of so-called ‘free-running snares’. These are restraining devices with a wire loop that relaxes when a wild animal trapped in them stops pulling. Needless to say, wild animals don’t tend to just sit motionless when they find themselves trapped in wire. So, as Surge Activism has explained, the devices:

cause serious stress, injury, and sometimes death to animals. Caught foxes are frequently found to have deep wounds in their necks as the wire cuts into their flesh.

Moreover, people – such as farmers and shooting industry workers – set the snares for certain species, such as foxes and rabbits. However, many other species find themselves trapped in them. According to a 2012 study by the government, only around a quarter of the animals found in snares are the intended targets.

Due to all this, the petition argued that:

such snares cause unnecessary suffering to mammals, are indiscriminate and should be banned

The idea of a ban had widespread support among the MPs in the debate. As Conservative MP Nick Fletcher, who led the debate, summarised at the end of the session, support for the ban outweighed opposition by a ratio of 3:1. A number of MPs’ views were shared on Twitter, too:

"It is my very strong view that there is no need for snares at all" -our Patron @tracey_crouch is speaking out against the use of cruel snares in the UK. She highlights strong public opinion in favour of a ban, and @DefraGovUK's commitment to hold a Call for Evidence on their use pic.twitter.com/ghxWygh1tN

I backed the Parliamentary petition tonight to ban the use of all snares – they are cruel and cause animals harm and stress, killing 1.7m animals a year. @UKLabour are banning in Wales and will in England too. End the cruelty now. #SnaresPetitionDebate

In setting out that a ban is the only way forward, SNP Spokesperson @PGibsonSNP says that anything short of fails to protect wild animals from harm. She has every faith that Scotland will follow up its recently finished consultation by bringing a ban on snares. pic.twitter.com/dcmq85JPKx

Meanwhile, as Conservative MP Tracey Crouch highlighted, research by Survation and a YouGov poll indicated that the public widely supports a ban on snares. Crouch raised this point in response to a prior acknowledgment from the government that “some” people consider snares inhumane and unnecessary. The MP argued that it was more accurate to say:

“some” people support the use of snares, while most of the British public wish to see their use come to an end.

MPs such as the Democratic Unionist Party’s (DUP) Jim Shannon liberally aired views of the “some” who do support the use of snares. Protect the Wild’s Charlie Moores wrote after attending the debate that they managed:

Shannon, for example, strongly insinuated that snares were the main thing stopping foxes predating some threatened birds into extinction. A self-professed shooter of birds, Shannon highlighted the alarming decline in species such as lapwings and curlews. He seemed oblivious to the contradiction in his assertions, as the declines have happened while snares are still legal.

Moores dismissed the idea that foxes are responsible for the demise of such birds. He pointed instead to issues such as the loss of wetlands and the “vanishing numbers of invertebrates that these birds depend on”. In other words, he argued that land use change and farming practices – the main causes of biodiversity loss globally – are spurring these declines.

As the Natural History Museum has explained, farming is killing the food source of birds – namely insects – through the use of agro-chemicals such as fertilisers and pesticides. The conversion of wilder landscapes into pastures and fields is also damaging in this regard.

Moreover, as research from a prior badger cull trial – known as the Randomised Badger Culling Trial (RBCT) – showed, animal agriculture affects species such as ground-nesting birds in other ways. Ecologist Tom Langton explained to the Canary that the RBCT indicated that:

never mind the badgers or the foxes, it was the overstocked cattle that are destroying the nests. They were treading on them, eating them, and actually the conservation problem is the cattle.

UK moves to ban snares, but not in England

In the government’s contribution to the debate, Harrison – DEFRA’s parliamentary under-secretary – noted the trend elsewhere in the UK to prohibit snares. Wales is on course to bring in a ban, and relevant developments in Scotland suggest it could also do so soon.

Harrison said that the government would “observe” how these devolved administrations implement changes and improve the DEFRA website’s guidelines on the use of snares. However, the under-secretary gave no commitments to banning snares in England anytime soon.