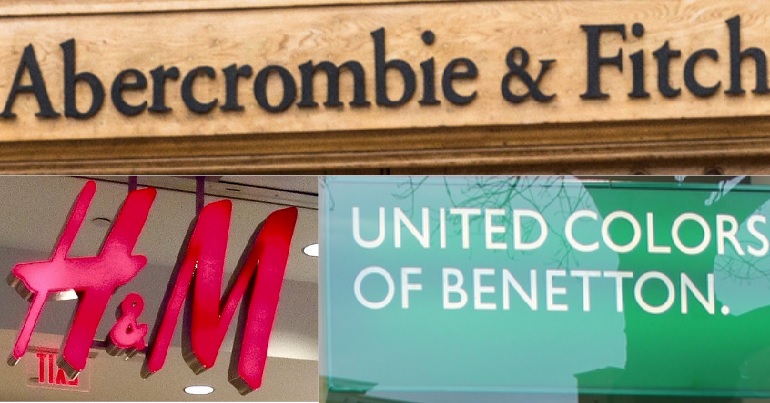 An international labour monitoring organisation has released a damning report on working conditions in a factory in Bangalore, India. The report is the result of an investigation conducted by the Worker Rights Consortium (WRC) and alleges extensive abuses of workers.

The WRC also alleges that three brands operating on the UK high street source from the factory. Those brands are H&M, Benetton, and Abercrombie & Fitch.

The findings of the WRC report are shocking. Its investigation makes serious allegations against factory management. According to the WRC, managers and supervisors at the factory:

Called a male worker (whose mother also works at the factory) a ‘son of a whore,’ threatened to send thugs to kill his family, and then led and directed his beating…

Told a female worker, ‘It won’t be a sin if people kill you and get rid of you[;] [y]ou should be shot and disposed of’, and then directed other workers to ‘kill her’, leading to her being beaten, nearly strangled, and hospitalized overnight.

Stated about another female worker, ‘These whores are trying to close the factory. Beat her and kill her’, before this worker was also beaten, had her clothes torn, and was robbed.

Told a male worker, ‘Your caste is only fit to clean bathrooms. How dare you ask for an increase in wages?’ before leading other employees in beating and robbing him.

Said of another female worker before she was beaten, ‘Her caste is meant to burn dead people and that is what she should be doing. Beat her and throw her out’.

The WRC claims that the acts [pdf, p5] of violence and death threats took place in April and were directed towards a total of 10 workers. It also alleges [pdf, p5] that 15 workers have been suspended from the factory, including the 10 subjected to violence.

The WRC argues that these actions were taken in the factory in an attempt to stop workers organising a union and gaining an increase in wages.

The WRC has outlined steps [pdf, p5] it believes the factory should take in order to redress the abuses it found. It has argued for:

Those workers who have been physically assaulted and suspended from their jobs must be returned to work with full back pay, compensation for their injuries, pain and suffering, and loss of personal property from the April 4 attack, and a written apology from the company

Additionally, it’s requested [pdf, p5] that those managers and supervisors involved in the violence face disciplinary action. It’s also calling for guarantees [pdf, p6] that the management refrain from abuse based on sex, caste, religion, or union membership.

The WRC’s report states [pdf, p25-27] that H&M, Benetton and Abercrombie & Fitch, among others, are contacting the factory owners regarding the alleged abuses. Furthermore, 12 of the 15 suspended workers have since been offered reinstatement [pdf, p26]. The workers who were subject to violence and theft will also receive compensation [pdf, p28] for their medical expenses and lost property.

However, the WRC also argues that the steps taken by factory owners are insufficient. It reports [pdf, p26] that some workers who have been offered reinstatement have been instructed to refrain from engaging in union activity. The company has not taken disciplinary action [pdf, p27] against managers and supervisors involved in violence, apart from committing to transferring three of them. The factory has made no commitment [pdf, p28] to recognising the workers’ union.

The Canary reached out to three brands accused of sourcing from the factory for comment. We had received no reply at the time of publishing.

The garment industry more broadly has a history of workers’ rights abuses.

Adidas previously came under fire in 2012 for failing to contribute towards severance payments for 2,800 workers formerly employed at an Indonesian factory. Meanwhile, a 2017 report found that high street brands sourced from factories in Myanmar. Children employed at the factories were paid as little as 13p an hour. During the World Cup, the Clean Clothes Campaign is targeting clothing brands it accuses of paying poverty wages.

With NGOs and campaigners shining a light on the industry, the companies involved are under pressure to clean up their act.