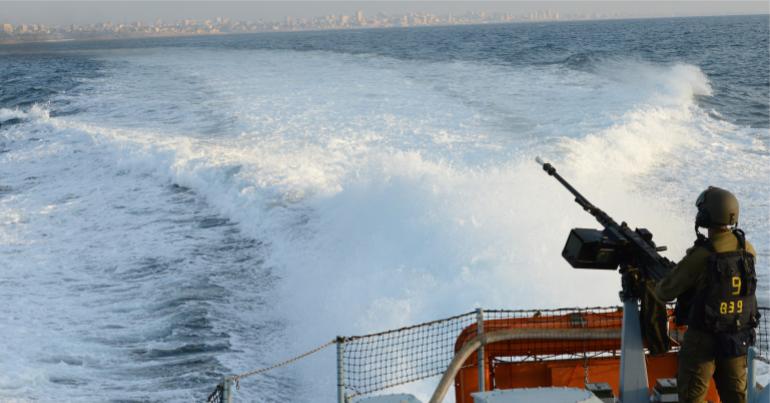 Military equipment used to blockade Gaza is set to be showcased in the UK from 26 June, as one of the world’s biggest military arms fairs comes to Glasgow.

The three-day Undersea Defence Technology (UDT) exhibition has angered activists. Campaigners have held a series of protests in opposition to it and are planning a mass rally on the opening day.

UDT will take place at the Scottish Exhibition and Conference Centre (SECC) in Glasgow from 26-28 June. It will feature exhibitions and talks based around undersea defence.

These include a discussion with officials linked to the Trident renewal programme and a showcase of the “world’s deadliest torpedoes”. Officials involved with Trident will also head a student recruitment drive at the event.

Despite the nature of UDT, the SNP-led Glasgow City Council continue to support it.

The bid to host the event was made under the previous Labour administration in October 2016. However, Glasgow was not chosen as host until July 2017, two months after the SNP-led administration took control.

Through its arms length charity organisation Glasgow Life, the council has continued to offer “a range of free services” to UDT organisers Clarion Events.

The event is sponsored by BAE Systems and Babcock International, two of the firms involved in the Trident renewal programme. Other major arms exporters exhibiting at the SECC include Leonardo and Lockheed Martin. SAAB will be showcasing full-scale torpedoes at the event.

Revelations that a student recruitment drive led by officials linked to Trident would take place at UDT put the council under further scrutiny. But it denied that neither “Trident nor the Trident replacement programme” would be featured at UDT.

However, in a last-minute concession under pressure from campaigners, the SNP administration dropped the logo “People Make Glasgow” from UDT.

The logo was previously featured on the official UDT website as a supporter of the event. But a council spokesperson confirmed that while the logo was removed, other practical support would continue.

The move did not do much to appease campaigners, however. Campaign Against the Arms Trade’s Andrew Smith said that simply removing the logo was not “good enough”. Jay Sutherland of Scotland Against Militarism claimed the use of the logo was “hypocritical” to begin with.

The SNP is anti-Trident. It also recently passed a motion of solidarity with the people of Gaza. But the party hierarchy has remained largely silent about the event. Glasgow MSPs Sandra White and Bill Kidd are two of the rare SNP parliamentarians to have raised their concerns in public.

Many SNP members have also spoken out against the arms fair. And grassroots internal groups such as SNP CND have actively campaigned against it.

A member of the SNP council group also took a stand recently. In a Facebook post, Councillor Graham Campbell said:

I’m very glad the city logo has been removed from the branding of this event but I actually agree that any effective logistical support from Glasgow Life staff is as good as backing this arms fair – and it just shouldn’t happen.

The Canary has been told over 1100 letters have now been sent to council leader Susan Aitken demanding support be dropped. BDS, CND, CAAT and arts collective Dove Tales have all sent and facilitated letters to the council leader. At the time of publication, The Canary is not aware of any response.

Protestors staged a “die-in” 23 June in Glasgow city centre. The action was in preparation for the mass protest organised at the SECC on 26 June.

A range of activist and arts groups in Scotland are backing the demonstration. A second day of protest has also been organised on 27 June, dubbed “Arts not Arms”.

Since the story broke at the end of April, scores of people have joined the campaign against the arms fair. I am one of those people. Because I can’t watch such a thing happening in my country and not take a position.

On 21 June, campaigners celebrated the news that Cardiff Council has not, and will not, support arms fairs in the city. It’s now time Glasgow City Council also took a stand.

– Join the protest at the SECC