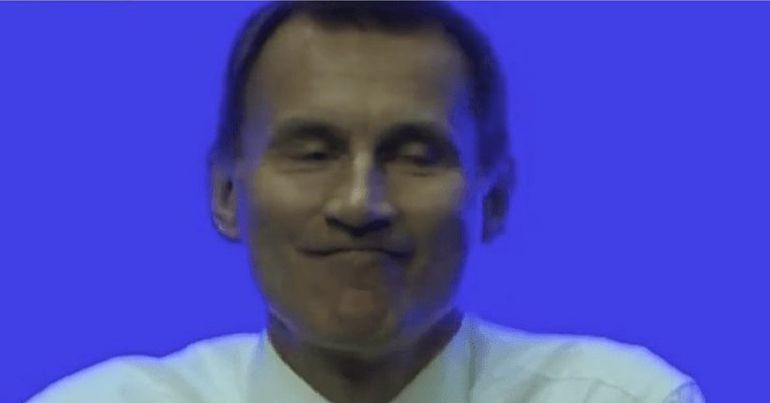 News presenters have frequently got Jeremy Hunt’s name wrong. This could be because ‘Hunt’ and ‘Cunt’ are very similar to one another. It could also be that something about the man just makes people think of that word.

Regardless of the reason, it’s happened again. And this time it was Justin Webb on BBC Radio 4’s Today programme:

Justin Webb drops the c-bomb while trying to say Jeremy Hunt – listen for his sigh during the next link pic.twitter.com/ziWbDEj67P

The Express says elderly people would not be forced to sell their homes to pay for social care under plans being drawn up by the government. The paper says the health secretary Jeremy Cunt – Hunt – is understood to favour a cap on social care which would limit how much people need to pay for it.

Despite his record as the UK’s longest serving health secretary, many people seemed to enjoy this:

Justin Webb just came very, very close to doing a 'James Naughtie'. Jeremy Hunt should just embrace it and change his name, it's what the people want. #r4Today #JustinWebb

No!! Jeremy Cxxx doesn't apologise for the deaths on trollies as he sells of NHS and lies about Brexit and economic impact. Never trust a tory EVER they will sell their mothers to stay in power.

But others questioned why Hunt’s record wasn’t being challenged:

Thanks Justin Webb on @BBCr4today – just repeated that famous slip of the tongue in reference to the health secretary.
More seriously, why are they failing to challenge the trashing of social care funding? Without it, 'transformation' will just be cuts

The Today programme was referring to the front page of the Express for Monday 25 June: 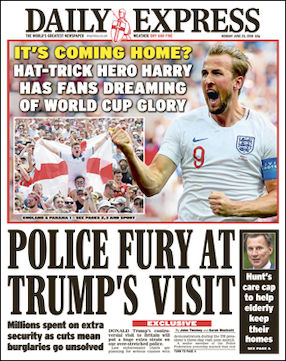 A ceiling on the cost of care would be a huge relief for many people. Nobody can predict the future or what life will throw at us. But Jeremy Hunt’s plan would offer some much-needed reassurance.

It’s unclear exactly what Hunt’s plans are, though. In March, he said funding for social care would be capped, and that more information would be revealed in a summer green paper. That green paper was recently delayed until autumn, with Hunt claiming it was to factor in the increased NHS budget.

This move was criticised by the government’s opposition, and also by the National Care Forum (NCF). The not-for-profit’s director Vic Rayner said:

We were promised a green paper on social care this summer, way before the current announcements on funding and a ten-year settlement for the NHS.

The continual pushing back of this key policy agenda is a disservice to people who need and use services, and the wider community.

People are right to question Hunt on everything. He has a terrible track record when it comes to delivery and speaking the truth. So it’s unsurprising that so many people have accidentally referred to him as ‘Jeremy Cunt’.